It was a good three years into my apprenticeship with them before I actually got a look at the subject at hand. Randy Brisson and I were in the midst of a hike and had stopped for a brief respite at a particularly beautiful place. As one approached it from the narrow path leading from the main trail you would inevitably be over come with it’s sheer beauty. The magnificent mountain loomed large and was bordered by a pristine, turquoise colored river and endless green. The mountain people, standing many stories tall were also there to offer their stoic greeting.

As we approached a sandy area by the river shore we came upon a 3D glyph that to this day remains one of my absolute favorites. I knew it’s meaning immediately. It was an intricate and beautifully woven X/A glyph, X standing for friendship/welcome while the A represented Arrrie my clan leader, or friendship/welcome from the clan of Arrrie. To the left and connected to the main body of the glyph was a delicate, intricately woven smaller version of the X/A message.

As we stood there in awe our attention was suddenly and simultaneously drawn to the woods to our immediate left. There he stood, Arrrie, all eleven plus feet of him, his massive head placed directly on his broad shoulders. He made Shaquille O’Neil look like mini me in relation to size. He was massive and thick from head to toe and probably weighed upwards of a thousand pounds or more.

He stood for a brief second, watching us, before moving from left to right in a swift, fluid motion that resembled someone on a conveyor belt. There was absolutely no head bob. His color was solid black, and I suspect he may have been in a transition state just before being fully materialized. That said there was no mistaking what we saw and his massive bulk was clearly evident.

We did not see him by chance, he wanted us to see him, and it was definitely by design. I was obviously excited, being my first time and all, and then something struck me. The lessons I had learned leading up to this gift far outweighed the actual sighting, as beautiful a moment as it was. That said it is something I will never forget, it was surreal and magical.

Over the years I have received many gifts from my forest friends which include feathers and other assorted things, but rocks are by far the most common offering I have been graced with. Many of these I have given to dear friends, but there are three in particular I will never part with. These are my special gift rocks and to me they are a little family.

In 2014 I was visiting a particularly beautiful little spot situated by a fast flowing river. It is a place I visit often when time doe’s not permit me to go on an extended hike. It is a favorite sanctuary, where I go to breath in the vibe of the forest and connect with my people and rejuvenate.

As i meandered about I noticed an interesting rock perched invitingly on a large, mossy, green stump. I knew it had been left for me. It had an interesting shape but that was all that distinguished it from the countless other river rocks that littered the rivers shore line. It’s color was a light solid grey like all the others.

The next day when I looked at it again i was stunned to see that it had transformed to a deep, solid black color and it’s details were much more defined. To me it looked like a full bodied Sasquatch person in profile, and almost everyone I have shown it to agrees. I do not profess to be a rock expert but I have yet to find any source confirming that this transformation is common, or even possible. The change was dramatic as was the image it projected. In all my years of visiting river beds in this area I have yet to find another one of that rich dark hue with the exception of my other two which would come to me later. It is worth noting that when i returned to this exact site a week later the stump was gone. It was large and bulky and I am more than confident that it was not removed by conventional means. A person removing it from this remote area made no sense whatsoever, and was in fact absurd.

The following year 2015 saw me on a solo over nighter to a solitary paradise that Sue and I were particularly fond of. It was surrounded on four sides by majestic block mountains and featured a pristine water source, suitable for drinking. It was deep in the mountains and I was always filled with a sense of peace, my very soul replenished with it’s tranquil vibe and quiet perfection.

As was my habit I had my Arrrie rock with me. I carried it with me everywhere I went in those days. I called it my Arrrie rock because to me it represented my clan leader Arrrie, and both looked and felt like him. I treasured it beyond words. In the wee small hours of the morning as I stood by the crackling fire I took it out of my pocket and held it reverently skyward, my heart spilling over into words. “Thank you, thank you for this treasured gift. I cannot begin to express the gratitude I feel for being honored with it.” Although I neither saw nor heard anything I could feel their unmistakable energy all around me.

The next morning broke with the promise of blue skies and high spirits, and i busied myself gathering up my stuff for an early departure home. I was looking forward to the peaceful solitude of my leisurely walk out. Within mere moments of hitting the trail out I was greeted with a loud and distinctive whoop. There is no mistaking this signature call with any other creature, great or small, that calls the woods home. At that precise moment I looked to the path directly below my feet and saw a rock. It was of the same solid black color as my Arrrie rock, but it’s transformation to that color if that is what had transpired had already taken place.

I picked it up an examined it closely and to me it looked like the face of an old native American gentleman or a Sasquatch face, more the latter. It was the same kind of rock as my Arrrie rock but smaller Then a clear and distinctive voice came into my head and spoke four simple but profound words, “your getting a third.”

In 2016 Sue and I were attending a get together at the home of Jeff Rone in Southern WA state. It was a gathering of wonderfully intuned people who shared a profound interest in the Sasquatch people. Lisa and Shaun Phay were also there and upon returning from a hike Lisa showed me a picture she had taken of an amazing glyph. I wanted to see it for myself and a small group of us hiked the short distance to where she discovered it. Remarkably it appeared to be a floor plan of Jeff’s house and spoke of the importance of the gathering to the forest people.

Across the road from Jeff’s place was a beautiful area by a river and Sue and I went there for a short time to soak in the atmosphere. The surrounding forest was lush and green, the pool cool, clear and refreshing. We returned after a brief visit and shortly thereafter Lisa Phay visited the same spot Upon her return she handed me a small black rock. This is for you she said. As she explained it she had found it perched provocatively on a boulder and as she picked it up she heard four simple but profound words spoken in her head, “this is for Brian.”

I knew immediately that this was the third rock that I had been promised the year previous, and if you look at them all together it is obvious to me that they are a matching set, a small family. Each successive rock was smaller than the one before but they were all related, and to be honest are the only three of their kind I have seen.

Sue looked this new rock over closely and said “Brian your name is carved in the bottom of it”. For whatever the reason i did not pay attention to what she said at that time but a few short weeks later we were driving down the road, me in the passenger seat, third rock in hand. As I was gently twisting it about in my hand examining the bottom I suddenly saw it, B R I A N. It literally jumped right out at me. Holy crap was the immediate thought that came to mind and to top things off it did not appear to be freshly scratched, the etching looked to be as old as the rock itself, if that is even possible. In any event it was no where near fresh.

I have had the opportunity to show this rock to a number of people and without the benefit of suggestive coaching most can see it as I do. Needless to say all three are extremely dear to me and my gratitude cannot be expressed in words. Humbled would come to mind however. 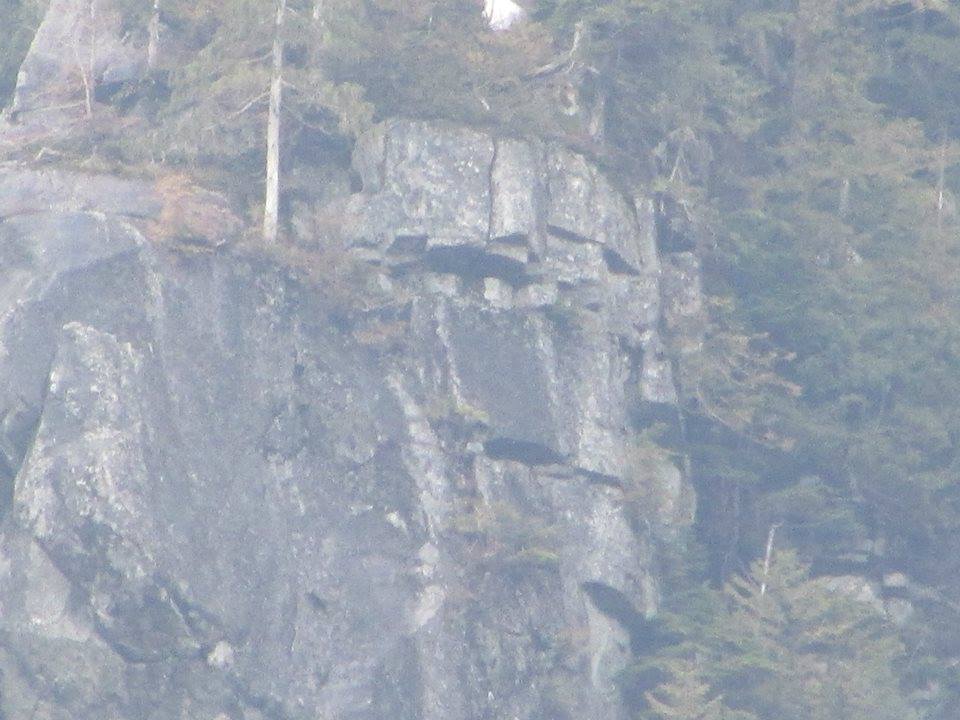 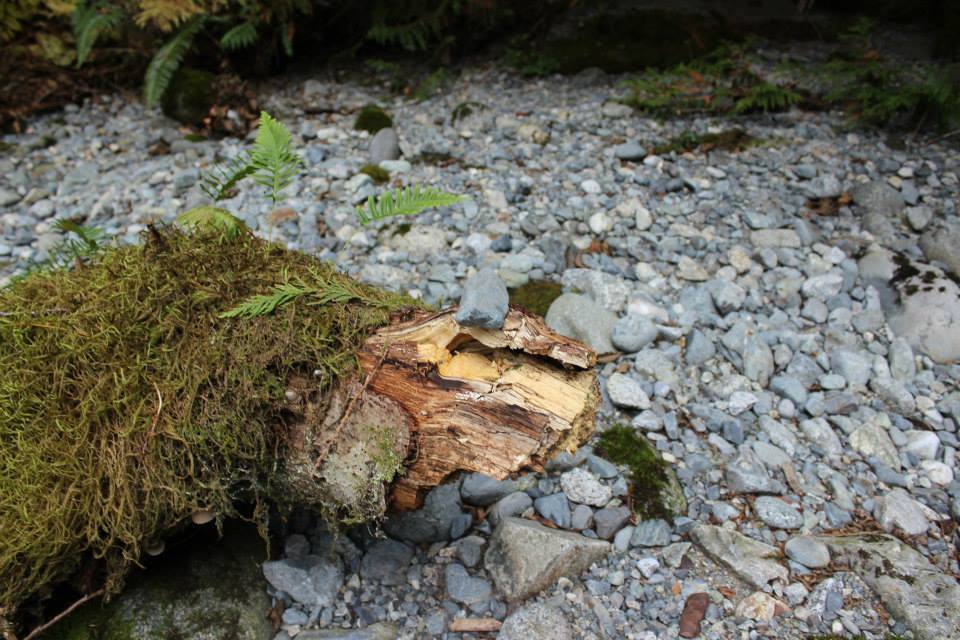 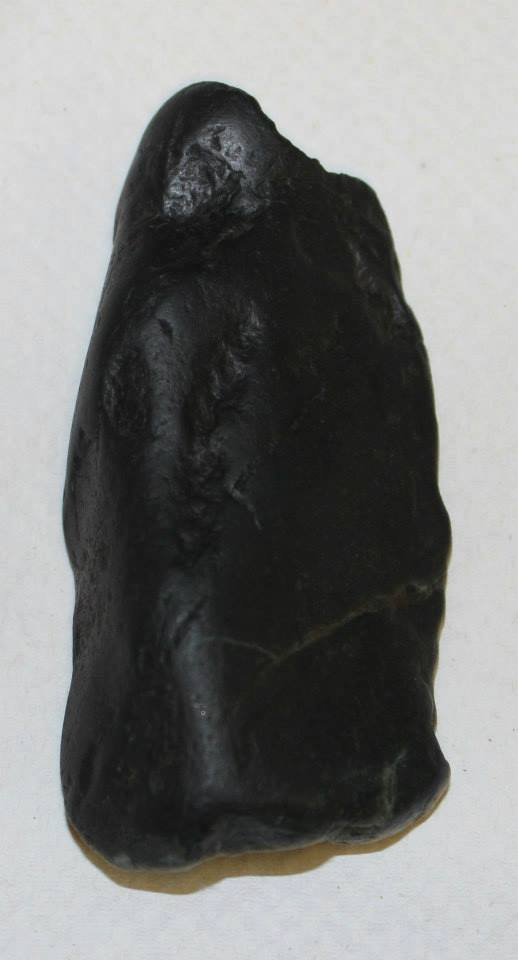 2 thoughts on “Experiencer story, gifting report, by Brian Bland, from BC”