Who is Woo? The old paradigm is dying fast…

We understand that the subject of Sasquatch is itself a quite controversial topic that is too often met with ridicule. But among the so-called Bigfoot community itself, the idea that Sasquatch is a highly spiritually advanced psychic and telepathic being is most often marginalized and considered as fantasy. But once you know the truth from experience, once you met those relatives and learned from them, you can’t go back to ignorance.

Why is it that Bigfoot researchers for the most part are ready to believe in the existence of this being from Native legends, yet they are not ready to believe in those same legends from the Natives cultures who have had thousands of years of knowing them and interacting with them, describing them as magical psychic beings with advanced supernatural powers?

This explains why those researchers are still looking for a big ape that they can’t find simply because it doesn’t exist, while Native shamans and other experiencers still have knowledge and interactions with those beings they learn directly from….

And why is it that researchers who are only after flesh and blood and physical proofs never seem to find enough, first for systematically denying the amount of evidences provided and second because of a systematic cover up by mainstream institutions, while the ones who are call Woo for believing in spiritual, supernatural and paranormal phenomena, are the ones who report first hand repeated encounters and ongoing communications with highly evolved psychic Sasquatch?…

Denial is the argument of the ignorant. When someone denies some info because it is paranormal or supernatural, it simply shows their ignorance of these topics. It seems obvious that the best way to learn about Sasquatch is from them directly and the best way to approach Sasquatch that brings the most results is the peaceful spiritual approach pejoratively called Woo woo…

But of course, mainstream research is still too busy tracking footprints and DNA or hunting for a corpse or photos, to pay attention to those who experience the Sasquatch first hand and share what they’ve learned with them, since it doesn’t fit in the box.

To them l say: keep on researching, while we talk with them… 🙂 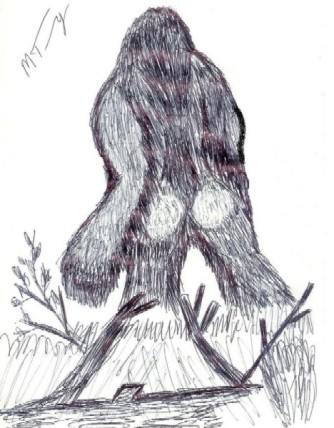 3 thoughts on “Who is Woo? The old paradigm is dying fast…”