Today, we toured the majestic Glasshouse Mountains. It feels good to see some country, feel sacred lands, after some sedentary time. This morning I did ceremony at Mount Beerwah. As the Mother of Giants, it is a highly sacred birthing place reserved for women’s business (Note that for the Original Peoples in Australia, the term ‘business’ is used somewhat like ‘medicine’ by Native Americans, referring to ceremony). 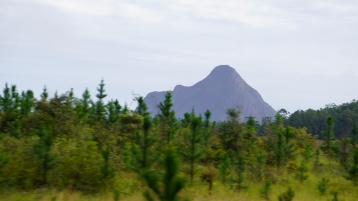 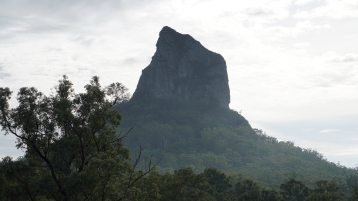 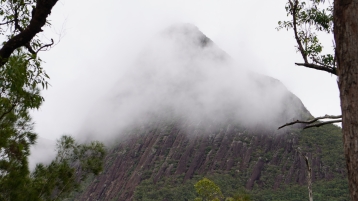 The Original Custodians have been trying for years to stop tourists from climbing the Glasshouse Mountains and especially Beerwah the highest summit, having succeeded at Uluru last October, to protect the site from desecration, making Beerwah possibly the second most sacred place in Australia. It is significant that it is aligned with two other Glasshouse Mountains 2 km from each other and they point at the same song line (ley) running through the center of Australia to the three biggest megaliths with Uluru at the heart, as confirmed by the Elder I met today, who also has work at activating song lines. 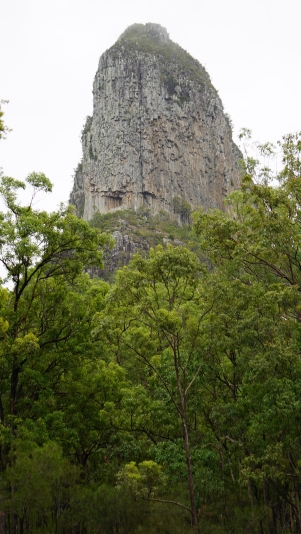 Having learned this, I wanted to ask permission, so Yowie Sovereign Original drove me to the foot of Beerwah, at the Junjarina women healing center of the Traditional Custodians. The Auntie there (I wouldn’t want to misspell her name) welcomed us and confirmed that Beerwah is reserved for women’s business, but she invited me to do ceremony at the site reserved for men’s business. It is flat circular space down a winding path into a ravine by a water hole, the womb of Beerwah she said. She did a blue gum smoke for cleansing and painted my face with blood wood. She has communications with the Yowie/Dooligah or interdimensional Hairy Humanoids, which she calls Migaloo in her Gungerri language, and she was very interested to share stories and hear of them. 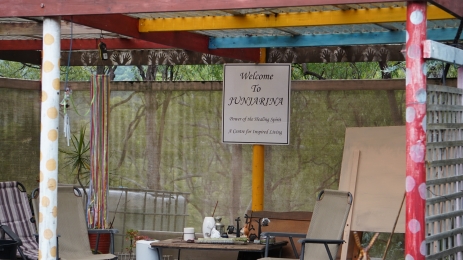 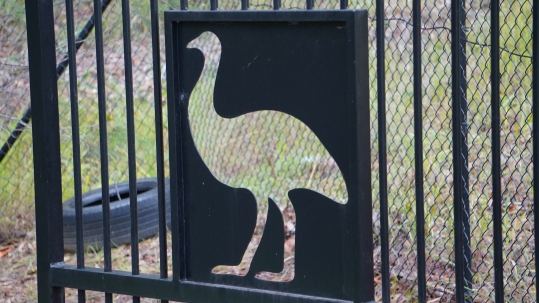 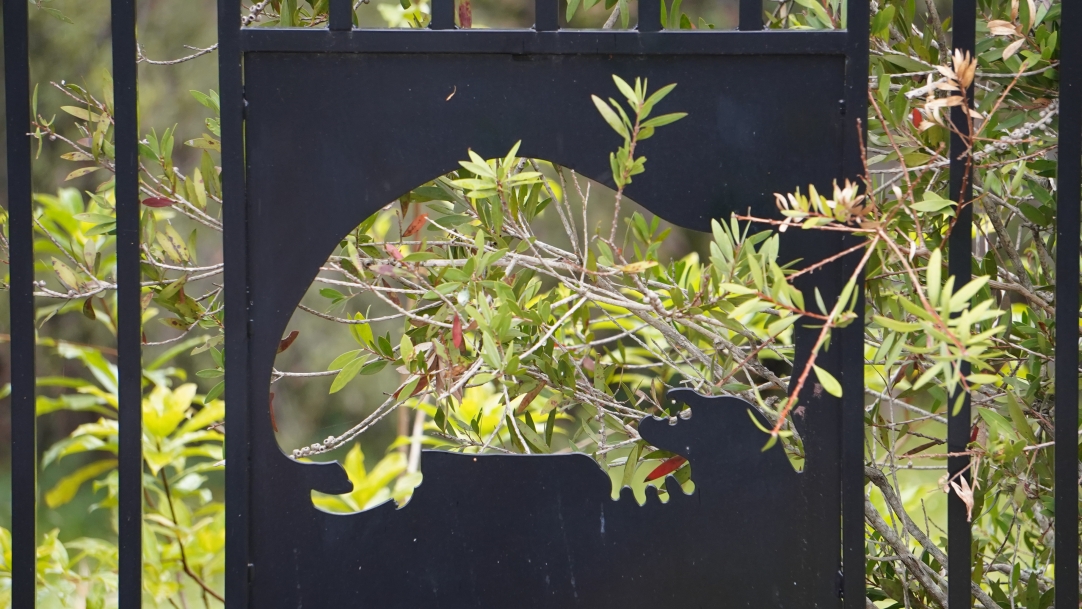 We shared the pipe I carry and prayers, during which she brought my attention on branches breaking, whistles and hoots in the forest, then she left me to do my business. I did offerings, prayers and song for the reawakening of the Giants to support the Rainbow Serpent in her healing work on the Earth and for blockages and barriers to be removed so the song lines can vibrate at their best frequencies to harmonize the natural energy flow sustaining all life and souls, and for the ancient star wisdom to return powerfully. 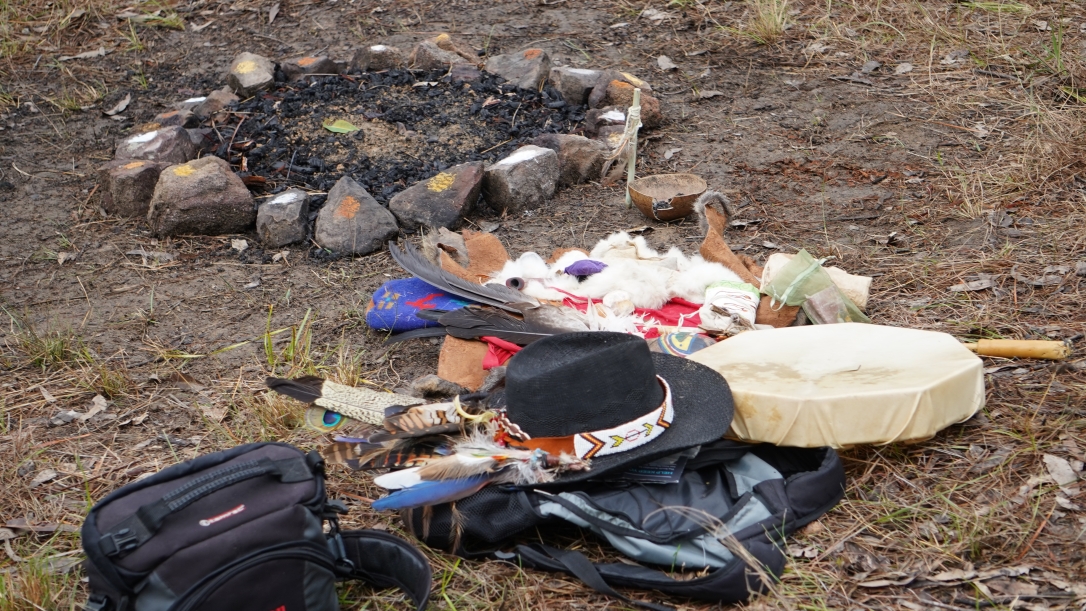 During the ceremony, Beerwah shrouded her face with a white cloud and when I finished, a gentle rain started. Yowie Sovereign Original and her daughters came back and we went to tour several wonderful sites around, which I couldn’t all name or locate now. They have had many encounters in forests with the Forest Peoples, small and tall, the little people and nature spirits, who appear at times on some of her photos. 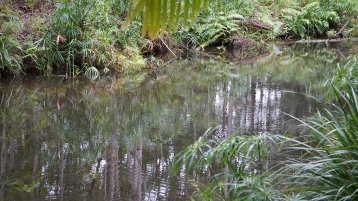 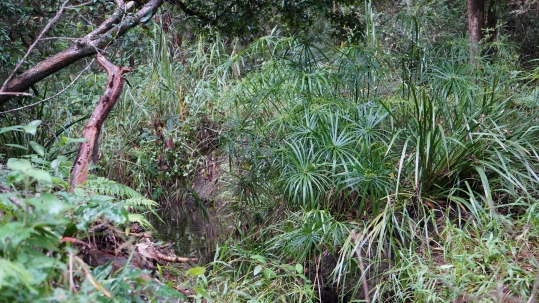 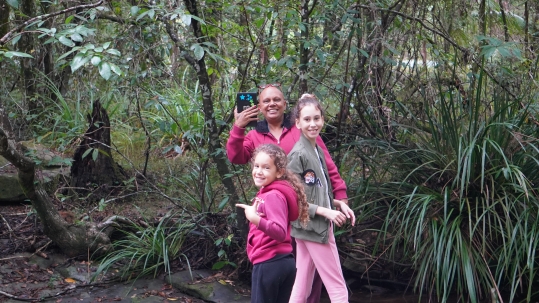 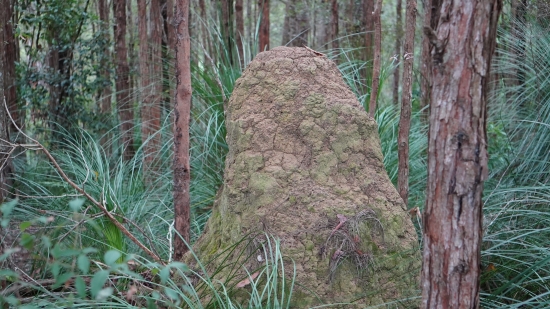 We walked through some wonderful lush forest, crossed creeks, saw waterfalls, lakes, ancient sharpening grooves in the rocks and scar trees along the trails, and stopped at overlooks with views over the mountains, valleys and sea along the Sunshine Coast.

It’s been a full blessed day, so I will conclude the story with pictures. Best blessings… 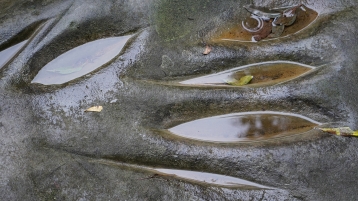 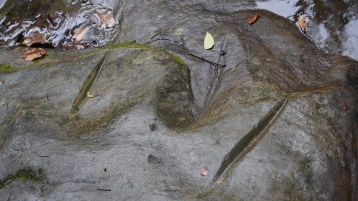 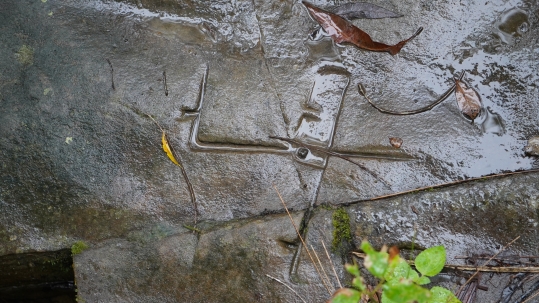 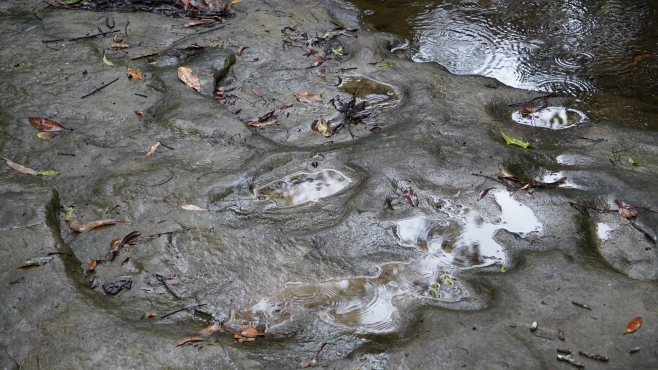 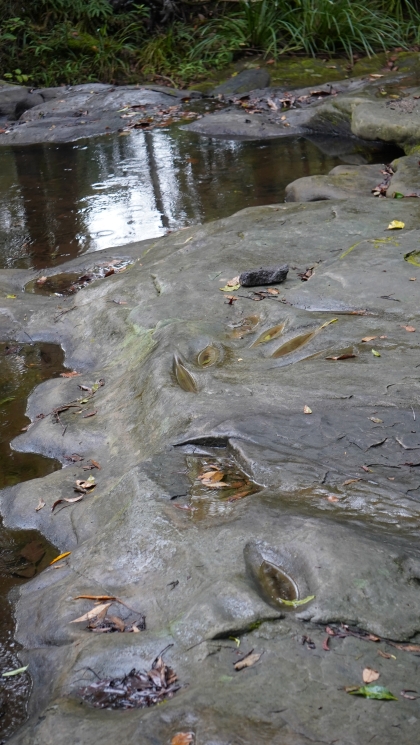 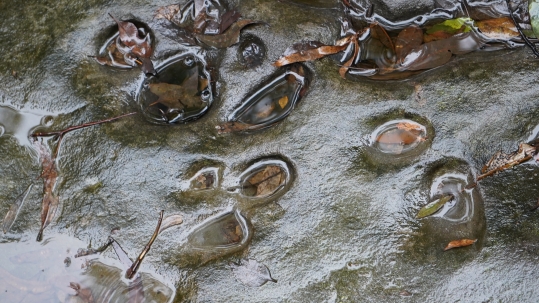 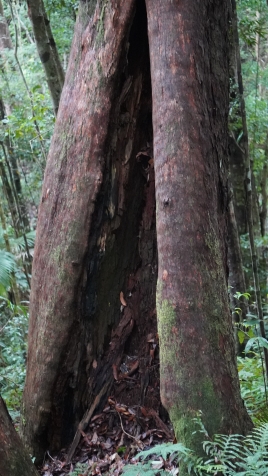 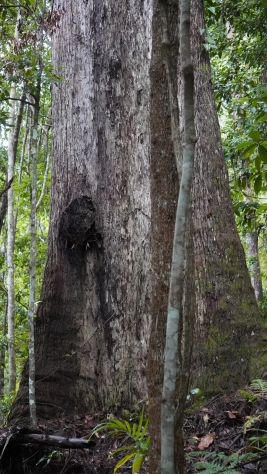 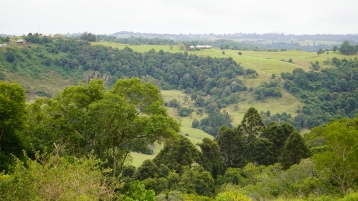 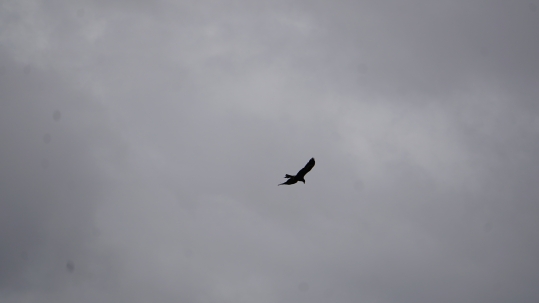 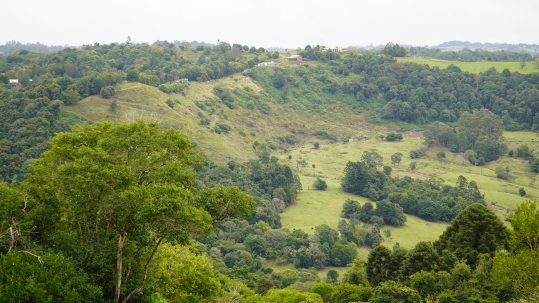 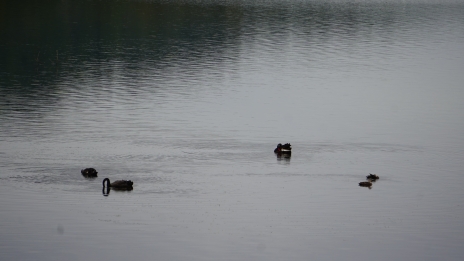 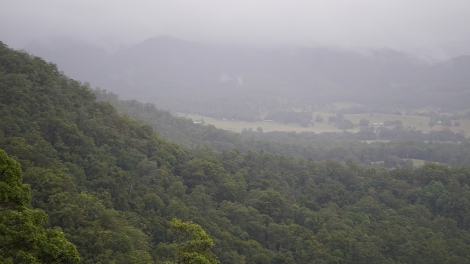 PS: Without forgetting the little yellow bird my friend had just told me the Yowie had sent her last time she was there, and it came flying from a window to the other for a couple minutes. The photo didn’t come out well through the wet window, but magic time. 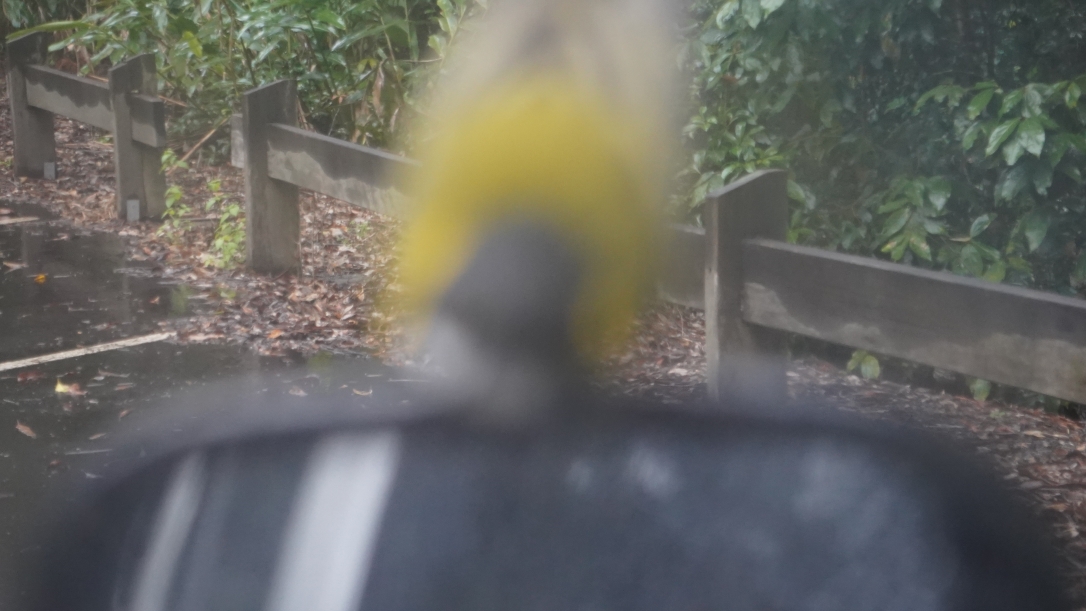