Basajaun, the Lord of the Woods, in the Basque tradition, by Nancy Marietta

The stories of this being comes from the religion  of the early Basque dwellers. (The Basque Country is the name given to the home of the Basque people, located in the western Pyrenees, encompassing the border between Spain and France along the coast of the Bay of Biscay.) The Basque language is the oldest in Europe and its origins date back to the Neolithic period, and perhaps even further back. So the legends of Basajaun appear to go back many, many years.

Rooted in Basque tradition, Basajaunak [plural] are said to be large, human-like creatures with human-like characteristics. They use extraordinary physical force and have great agility. Their body is covered in hair, nearly covering up the face, chest and belly. The feet are similar to humans.

Basajaunak live in the densest forest and in the labyrinthine caves of the Pyrenees. They are considered friends, not dangerous. They watch over the forests and protect the livestock of the farmers. They will give warning roars or cries to warn shepherds when any predator comes near their flocks. Just their presence near a flock of sheep is considered enough to keep packs of wolves away. They will also give warning of any storm approaching, so that the shepherds can take their flocks to places of safety.

Known also as teachers, they shared their knowledge in milling, forging, and crop cultivation with the peoples living there. They passed on knowledge of making tools. Basajaunak are also said to build monoliths. Any reports made of encounters with them seem to stay true to the legend in both appearance and behavior.

One of the few reports of an encounter with a Basajaun comes from a group of cave explorers in 1993. When entering some church ruins in the Catalan Pyrenees to make camp, they were startled by a “hulking, five-foot-tall, shaggy-haired being” which wailed like “an enraged cat”. It fled the ruins after seeing them.

The only recent photo that appears to be on the internet is a photo that is said to have been taken by a young girl in 2011. While out hiking with her family in Artikutza, she captured the image on her phone. 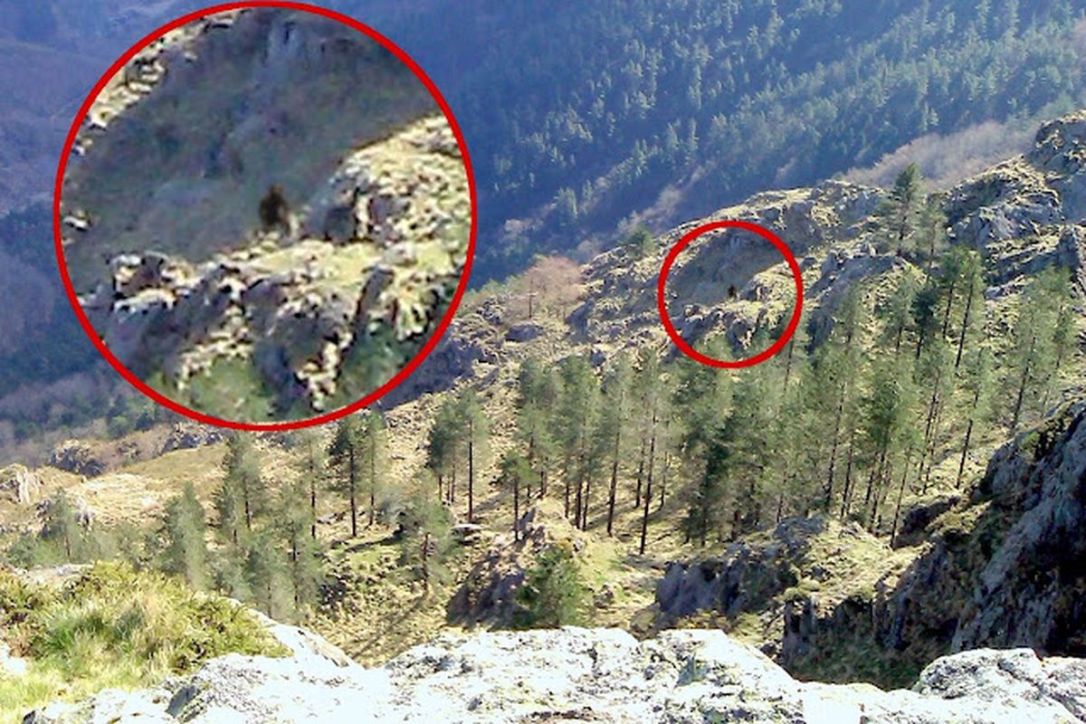 3 thoughts on “Basajaun, the Lord of the Woods, in the Basque tradition”