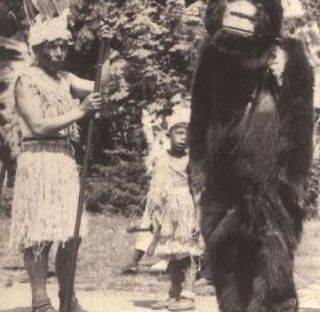 ”The message Elders have been holding on to is the more we hunt for Sasquatch, the closer we get to the end of time… There was a number of us. And it was myself and a healer that did a ceremony for the film… This sounds crazy… the Sasquatch actually knew we were going to do this project.”
-Tamara Bell

”It’s been eerie to discover just how consistent and cohesive the story is from one nation to another. In fact, we learned that the Sasquatch is linked to prophecies that foretell the end of the world… The most terrifying moment of our venture was on the day we suddenly found ourselves in direct earshot of a Sasquatch, catching her sounds around our cameras. What we’re bringing to audiences in this film is a look at a creature that we really didn’t know anything about, and it’s notable that we relied on Indigenous wisdom to help us find the way”
-Kerr Moraes-Sugiyama

Finally, a film looking into the true stories of Sasquatch, from the perspectives of Native Elders and medicine societies.

This film’s contribution to the study of the Sasquatch may change our commonly held beliefs about this cryptid – from its sex to the role it plays in our ecosystem. Truly unexpected was how much information the secret Aboriginal societies revealed to Mrs. Sugiyama. It’s time to revise our outdated understanding of creatures such as the Sasquatch, replacing old Hollywood narratives with new facts and experiences.

This one-hour documentary reveals shocking new evidence about the Sasquatch that in earlier times was only hinted at in legends, masks, and songs. It’s a cohesive story that ties the world of the Sasquatch in with a prophecy about the end of the world as we know it.

Sasquatch’n was aired on Aboriginal People Television Network (APTN) on October 24th, January 28th and 30th.
It will be replayed in April and May and is not yet available for online viewing. But here is APTN’s reply to my message:

APTN: ”We are in the process of confirming the streaming rights and adding to aptn.ca. It could take a few weeks but we are working on it. You’re not the first person to ask to view it online so we will definitely share information on Facebook to let you know when it’s available. Keep following our page. BTW thanks for asking. It’s great to know what shows our viewers want to see online.”

2 thoughts on “Sasquatch’n: The documentary”