June 2nd, 2018: Just three years ago today, I published this 5th part of my account that had happened a couple weeks earlier, which was the beginning of The Sasquatch Message to Humanity, Book 1, Conversations with Elder Kamooh. Little did I know then that this was the beginning of a disclosure process, and that The Sasquatch Message to Humanity would turn into a book series of which I wrote the two first books and contributed to Book 3, which is a collaboration of 10 co-authors channeling Sasquatch.

The promises expressed in this very chapter seemed so unbelievable to me then that it took a leap f faith to accept to do my part of work with our Sasquatch Elders and open portals for experiencers and communicators to come out and share their stories openly.

By September 2015 we had a first online groups from which several others sprouted through which many Sasquatch experiencers and communicators got in connected.

The lunch of Book 1 coincided with the first Psychic Sasquatch Spiritual Retreat in Chewelah, WA, which turned into an annual international event, with the launch of Book 2 in time for the second edition of the conference, for which I was keynote speaker the first two years. Meanwhile, many Sasquatch communicators have started sharing their accounts and messages on several platforms, which inspired me through the guidance of our Elders in starting SCENIC as another portal to facilitate Cosmic Disclosure. We are now eleven editors on team, all of whom are experienced Sasquatch communicators.

Connections have kept happening more often and stronger among interspecies communicators and on our mountain expedition two weeks ago, the Sasquatch clan was there to greet us and a star ship landed that night on the same spot where we had been.

Then a road man and his helpers were guided by Sasquatch to come here and find me to do a special ceremony to develop our connection on a deeper level with the Sasquatch and Star Elders and to ask for guidance in how to proceed to meet and work with them.

We did this ceremony this Saturday all night, during which the coals of the fire took alternatively the shapes of the Eagle, the Thunderbird, the Sasquatch and Spirit Bird. Everyone who was taking part previously had some contact with Sasquatch or Star Elders, some on an intensive and long term level, working with them as Spirit guides.

The next day we had a sweat lodge with our regular local medicine tribe during which I did the new Anishnabe Sabe song (Sabe = Sasquatch) that I had just learn the day before.

We are consciously aware that the Sasquatch and Star Elders are gathering us to do deep spiritual work together which involves more ceremonies and encounters on the grounds.

It is with great joy in our hearts that we can share these news among circles of awakened souls and initiates into the Sasquatch ancient knowledge that is reemerging for us today.

We give grateful thanks to Great Spirit, our Elders teachers and all involved in this process of interspecies peaceful spiritual communication to bridge the worlds. Blessings.

The Sasquatch Message to Humanity, Book 1, Conversations with Elder Kamooh

”The ongoing destruction caused by the uncivilization of the lower lords, that your people has followed, has already reached a point of no return, that will undoubtedly lead the world towards unavoidable global cataclysms, cleansing and purge. The Soul of Mother Earth itself, although compassionate, is asking for the end of this enslavement and destruction, and may speed up the purification process that has been engaged through actions and behaviors of the uncivilization that has been controlling you. Higher cosmic forces and spiritual powers may also intervene and transform the course of events.”

”But it is your responsibility and duty to make sure that the ancient spiritual knowledge of your soul evolutionary process remains alive and is passed on to the generations of the future ages, so that they can remember the long road their ancestors have traveled since the origins, up to where they will stand. We don’t know how far the agenda of the lower lords can be taken before reaching the breaking point that will upset the forces maintaining the balance on our home-planet, which could likely bring another mass extinction level event. What we know is that the time is very short, as compared to the long road we have evolved on. This generation of your people is the one that has to make the changes needed.”

”If no substantial improvement is made now, within the next of your generations your people who remain aligned with the Divine Law might once again find themselves escaping and hiding out for being hunted down, unless they succeed before then in turning the tide and restoring a planetary civilization based on Peace and the Cosmic Order. That’s why you must start now to get attuned with the powers of Nature and the Soul of Mother Earth, and to tap into the spiritual abilities that were encoded in your DNA through your original star seeds. There is no hope for a better world if you keep supporting and serving the system of the lower lords that has colonized and enslaved your people, destroying our home-planet. You must deprive the lower lords of their power over you and withdraw your support in all forms to their enslaving system, recover the sovereignty of your Soul, and redesign your ways of self-governance through your spiritual circles, aligned with the Divine Law and Order.”

”You must develop and adopt ways of ecological lifestyles and self-sustenance, that are harmless for your environments and other life forms. Your planetary conscious civilization is growing like a garden, out of many different star seeds, that are united in purpose and will connect when ready into a greater unified force. We are here to assist you in this process of returning to the original balance of the Cosmic Law and reconnect with the Star Elders, to free our home-planet of its ages-old enslavement by the control grid of the lower lords and the powers serving them. But we cannot accomplish this shift of consciousness for you, since our people has never submitted to their fallen rule and domination.”

”It is your collective mission and responsibility to find your own balance and heal your own karmas. As your elder brothers, we stand by and watch, waiting for the suited circumstances to manifest, and the right time, synchronicity and convergence to arise, so we can join actively your awakening specie in the physical form as well as in the spiritual realm, to help you on your quest and healing journey.”

”In the meanwhile, we will keep selecting some of you who can hear our call and come forward as ambassador to our people, to interpret our message for those of your people who are ready to hear it. You are one of those who has been found able to deliver our message. Now that your soul has reached ours, you will feel our presence with you in spirit and we will maintain telepathic communications.”

”You may experience manifestations of us through dreams, apparitions of images, whirlwinds and whispers, or meet more of our specie. But since you don’t need anymore physical proofs of our existence and have connected with our Soul, we will be by your side and keep watch over you wherever you go. This is the original connection we had with your early ancestors, that we wish to restablish with your people again, once they have recovered their spiritual abilities and knowledge, and recognized us as their elder relatives and allies, in maintaining the Divine Law on our home-planet.”

After delivering this message to me, Sasquatch left in the dark night, through the thick brush behind my tent, leaving a trail that I could see in the morning. All fear had left me. I rather felt a great joy and a profound serenity, and for my new ally, much respect, sympathy and a powerful spiritual connection. But at the same time, I was feeling a certain sadness about the way our Human people has lost its spiritual ways and has treated our elder relatives,, and felt overwhelmed by the tasks awaiting us ahead.

The next night, I was expecting another visit, but felt he had gone far away, because other campers had arrived. While calling on his spirit, testing to confirm the connection he had promised, a whirlind came around me and stopped by my side, and a friendly whisper was heard near my ear. The following night and the day after, as I was getting ready to leave, we exchanged vocal calls across the forest. The last one sounded and felt like a female greeting me, with higher pitch and tone, and a different voice.

When I returned to our Human world, I realized that I couldn’t share these stories with just anyone. Most Human people would take me for a liar or a nut case, had they heard any of this. Then, on my way to the gathering in Lillooet, I met many Natives. Sasquatch was mentioned by someone before I did. I soon found out that among the St’at’imc and other BC Native communities, Sasquatch stories are common and many have an uncle or a cousin who had encounters with him. At the Indigenous gathering, everyone I shared with about my Sasquatch encounters was open and interested. So this made me understand that in some spiritual circles, teachings of this nature can be shared. This inspired and motivated me in sharing with this community, these experiences and the knowledge they provided. 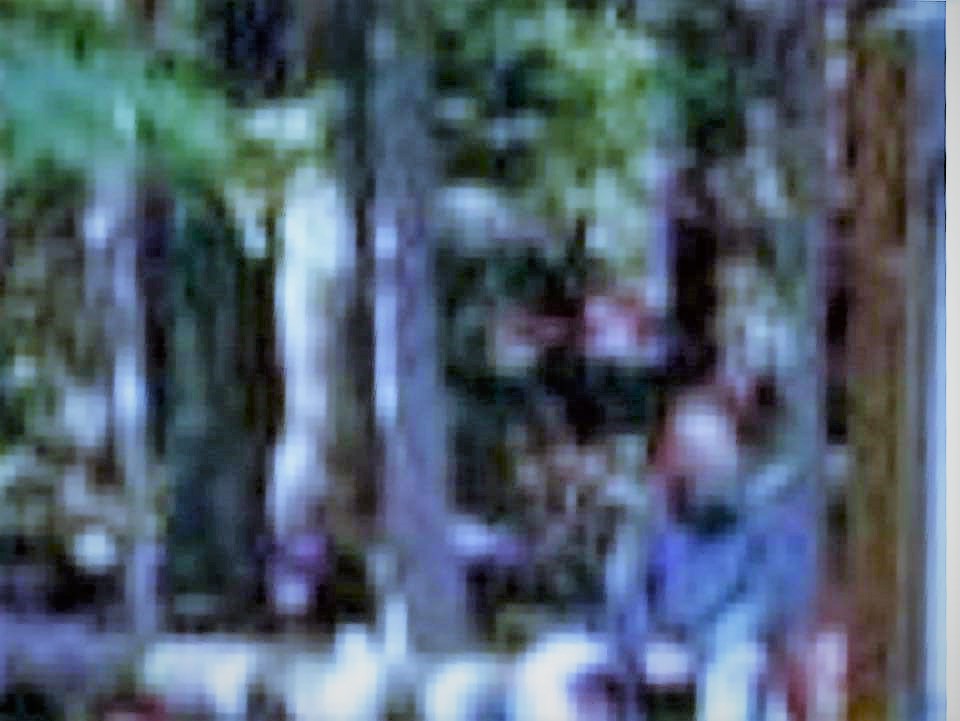 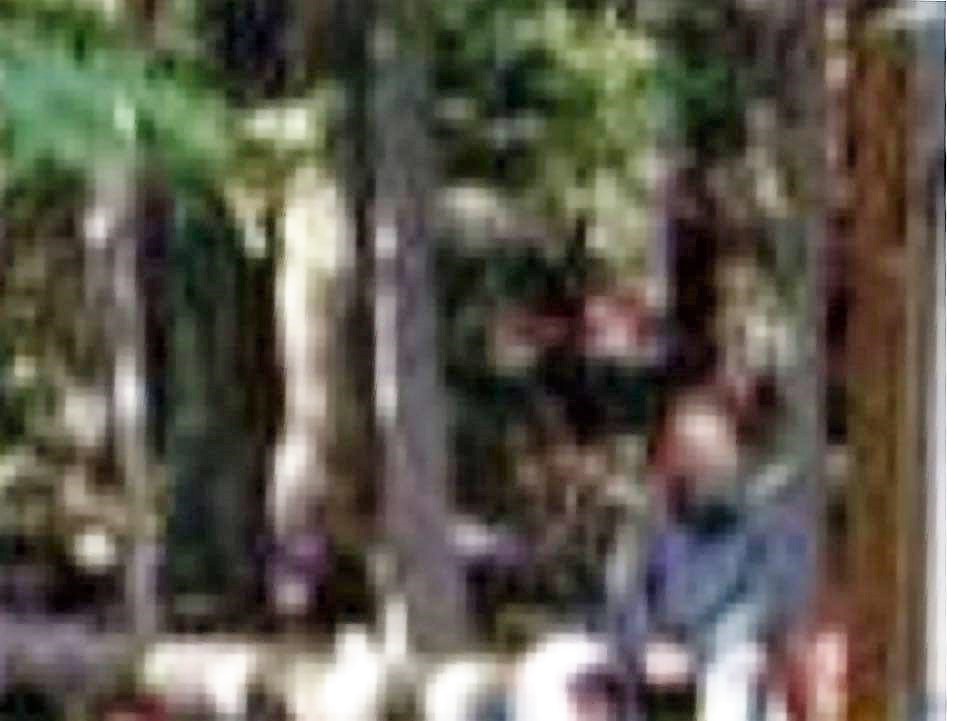 2 thoughts on “The Sasquatch Message to Humanity, Book 1, Chapter 5, with latest updates”