Legends and Stories of the Okanagan

as told to Hester White by an Indian called Susap, in 1888

This story was told to me by an Indian called Susap; he was a wonderful man, and I was proud to call him ‘friend’. In 1872, as a young man, he went to work for Mr. Barrington-Price near Keremeos. In 1888 he came to work for my father, Judge Haynes, at Osoyoos. He helped with the cattle and served as a guide and packer when we journeyed over the Hope Trail to the coast. He came to see me one Christmas in Penticton, and related the following tale.

Stenwyken, the Hairy Giant who smelt ‘as of burning hair’, left large tracks near the Indian caches from which he helped himself to the dried meat, fish, roots, and berries stored for the winter. He was often seen at the mouth of the creeks catching fish. He was peaceful-minded and never harmed the Indians.

However, one day in the long ago, at berry time a young Indian maiden disappeared. It was feared that Stenwyken had carried her away. After a long time she returned to her tribe and told the following tale. Stenwyken had seized her and carried her to a large cave, the floor of which was covered with skins of bear, deer and mountain sheep; she was given roots and berries, dried fish and meat to eat and was not molested or harmed in any way, but a large stone was rolled across the mouth of the cave, making her a prisoner. When alone she made moccasins of some of the hides, hoping somehow to escape. One night when the moon shone bright, she noticed that the stone was not quite tight at the cave mouth, and she slipped out. After traveling many miles, and for a long time, she again found her people.

Some years after this last episode, a maiden of a north Okanagan tribe vanished from the camp. After three years she returned and related the story of her capture. Stenwyken had seized her, put pitch on her eyelids, and carried her to a large cave. Sometime after she gave birth to a baby, but it died. In due time pitch was again put on her eyelids and she was carried back to a spot near her people’s camp. There, the pitch was removed and she was released. Stenwyken remained hidden and watched her safe arrival.

The cave in which Stenwyken lived is supposed to be the large cave near Princeton. Miners on their way to the Fraser gold fields sometimes hid in the cave when they feared the Indians, so the story goes. A.E. Howse had a general store in Princeton, and used the cave to store his merchandise. Before the Hope-Princeton highway was built, the mouth of the cave could be seen from the Kettle Valley train.

A Japanese, working in a mine at the north of the valley, was awakened one night when something brushed against his tent; thinking it was his employer, he went to the door and there stood Stenwyken with his hands out, making signs for something to eat. He was given food, and he left. Again, near Lumby, Stenwyken came to a tent with hands out asking for food, leaving peacefully when satisfied.

No doubt the Susquash (Sasquatch) of Harrison Lake and Stenwyken of the Okanagan are one and the same; as he has done no harm, he deserves consideration and his freedom to roam at will. 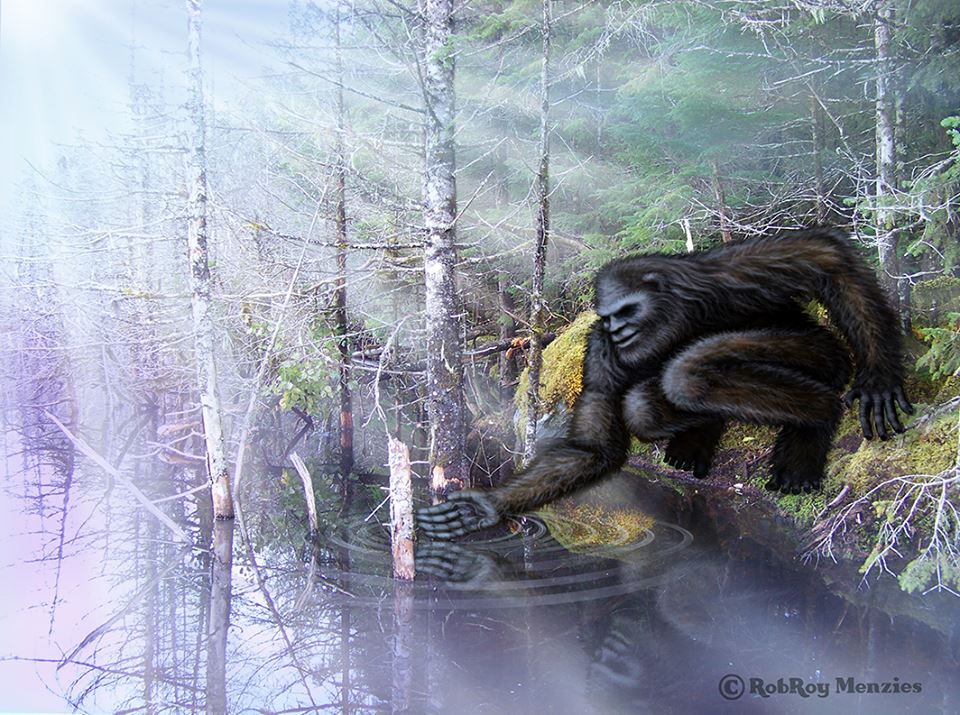