I’ve been working behind the scenes, chatting with the Wildlife director in my Village for about a month now. I have more to say on this story, but what transpired the other day was
WONDERFUL !

I’ve been chatting with my SAS about animals who are harmed/injured in my area, specifically regarding the coyotes as I am one with them. The SAS told me when they see an animal in the woods who is desperately damaged and needs to cross over into spirit, they will step up and immediately snap their necks to end the suffering. And they’ll of course, allow the physical body to live on as fur skins to keep them warm, etc. This is done very lovingly and humanely and with great respect for the individual soul.

On Friday, the wildlife director posted on our community site saying that a coyote had been badly injured by a run in with a car but he managed to run off into the brush. Pictures showed very bad wounds which would suggest intense bleeding inside as well as outside. They tried to follow the coyote to see if they could catch him for humane euthanasia.

I immediately let the director know I was on it as I called in my SASQUATCH team for help. I asked my team that they please do whatever was in the best interest of the coyote and do it as quickly as possible so the coyote would not suffer any more until death came calling.

The director emailed me back about an hour later, saying they were following the coyote and all of a sudden the coyote vanished into thin air right in front of them. He said it felt like magic.

If you picture a SASQUATCH with open arms picking up the coyote and moving him into a better energy field/ dimension, this is exactly what happened. I am so grateful for their help. I love the Sasquatch and the coyotes with all my heart. Thank you for you service to our world.

Love is the only thing which matters. 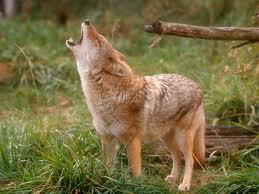