Browsing randomly, I stumbled upon a post from a friend in Tasmania who reported witnessing unusual paranormal activity in her backyard and was asking for answers.

Objects they had never seen, like old toys or tools, would appear out in the open or in obvious places, while other objects would disappear or be displaced, yet her yard is fenced and nobody comes in. She also mentioned a crab apple that was thrown at her.

I felt right away the Sasquatch energy and I suggested it to her. Anna was familiar with the Yowie of the Australian mainland but had never heard of them being in Tasmania. But she had seen UFOs and spirits and remembered one night hearing a growl by her window, about 7 feet from the ground. She also recalled a musky skunky smell at times.

When I told her about their intedimensional abilities, how they can turn invisible and like to throw little things to tease and get your attention to communicate, it all made sense to her and matched her experience. This got me curious about Tasmania, as I had never heard of the Hairy Giants there, so I did a little search and this is what I found:

The island of Tasmania is not without its share of ‘hairy man’ traditions, extending back through pioneering times to pre-European, Aboriginal antiquity. The presence of Tasmania’s ‘hairy men’ certainly pre-dates the close of the last ice-age and the flooding of the former Bass Strait land-bridge. And although the surviving population of these creatures may be much smaller compared to mainland numbers, sighting claims persist to the present day, as will be shown.

The ancient Tasmanian Aboriginal race is now extinct, but their language remains preserved and with it, some of the names by which the ‘hairy man’ of Tasmania was known, one of which was ‘Yowie’. This name is obviously of considerable antiquity in Tasmanian Aboriginal culture, for it would have to have been introduced from the Victorian mainland before the submergence of the Bass Strait land-bridge [ie prior to 12,000 years ago] .

As the following list shows, the ‘hairy man’ was known by a variety of names over a vast area of Tasmania, depending upon the various dialects spoken by the different tribes.

“Great Hairy Man’ traditions among the former Tasmanian Aboriginal race are undoubtedly of considerable antiquity, for like the mainland tribes, they believed the ‘hairy race’ had always inhabited this part of Australia, even before the appearance of the first Aborigines. And as with the mainland tribes, the Tasmanians believed these creatures were totally unlike themselves – a separate race. Evidence of the existence in Tasmania of another people in ice-age times recently came to light in the Franklin river rock shelters. Primitive stone tools of Java type appearance were found by archaeologists together with remains of cooked meals dating no later than 14,000 and 20,000 years BP.

Furthermore, on lonely Curtis Island, once part of the Bass Strait land-bridge, this author, in the course of an expedition there in June 1984, found a large fossil man-like footprint. These finds make it quite clear that the Tasmanian Aborigines were not alone. Other men, or near-men shared the island long after its separation from the Victorian mainland. Among these were obviously a race of primitive creatures, known by various names but all describing beings of often large muscular build. Something out of the ordinary, a “great hairy man”.

During the 1820’s tales were rife , among the settlers of the Tasmanian interior, of another more mysterious race of hominids that shared the island with its Aboriginal population. The often large, hairy ‘Bugaloos’, or “hairy men” as they were commonly known to the Europeans. Like the mainland Yowies or Doolagards, they were said to stand taller than a normal human, were strong, muscular beasts who were terrifying to look upon, and which inhabited the mountains and valleys of the interior, living upon herbivorous food, as well as native wild life and occasionally domestic stock.

Tasmania was then a wild, untamed wilderness in which any unknown creatures could very easily have escaped detection. With the clearing of many areas for settlement the native population was forced further back from the coastal regions into the still wild interior. This too, became the last bastion of the “Bugaloos”, for their sightings soon became increasingly rarer, until by the early years of the 20th century European sightings of these hairy hominids finally declined. The reasons for this decline could have involved a loss of habitat, coupled with the depredations of the native population who hunted them down at every opportunity.

Perhaps the most sensational of early accounts of the Tasmanian Yowie took place during the 1820’s. The O’Rourke family went up into the hills from New Norfolk above Hobart, to establish a farm in the wilderness of the Hamilton district. In time word spread that an O’Rourke woman had given birth to a half-man, half-animal like creature, its jaw protruding like a muzzle. It had prominent teeth. It’s head was covered entirely with hair and it had long finger nails. Eventually the family chained the creature up in a cage where it would crouch like an animal, snarling at all who ventured near it, waving its arms about, which were longer than a human’s.

The woman in question was supposed to have met a ‘Bugaloo’ man-beast and befriended the creature, trying to coax it into the farm,. apparently believing him to be “a man who had gone wild when he was young”. The fate of the child is unknown following its eventual release into the wilderness. A number of ‘hairy people’ were rumoured by settlers to exist in the bush country around Burnie. This part of north-western Tasmania was rich in Aboriginal traditions of hairy monsters, and even today old tales persist, of settlers who went missing in the bush, taken it was believed at the time, by one or more of these creatures. 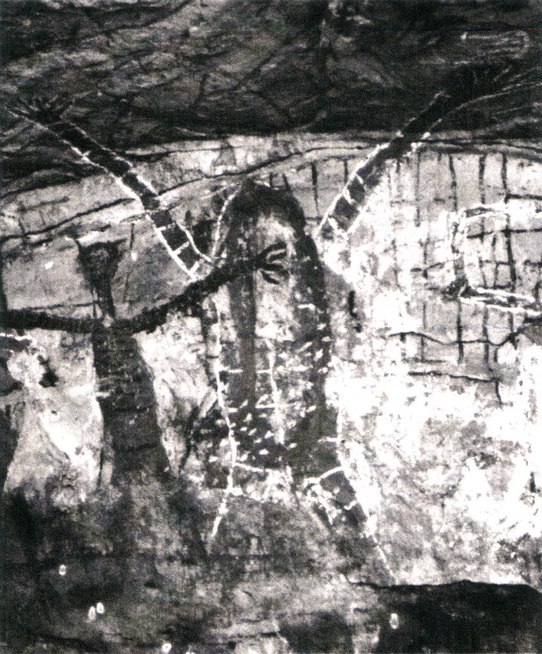 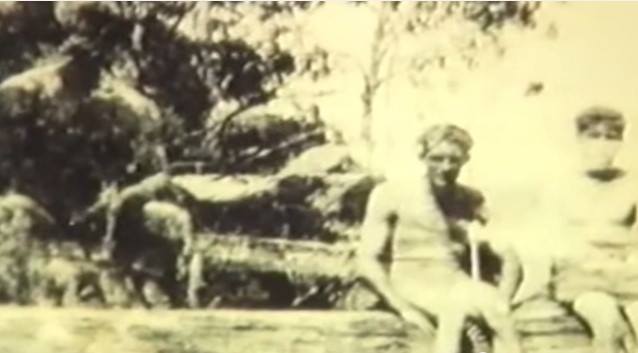 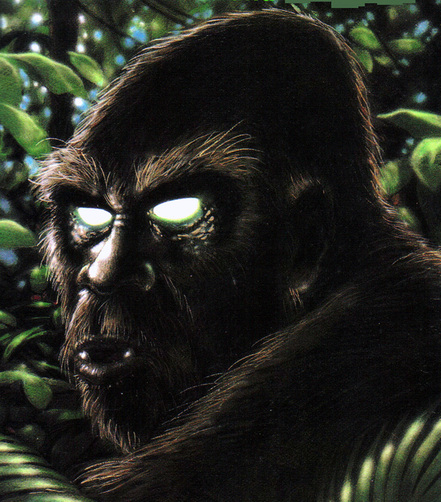