Sasquatch made structures and altar we found today

This afternoon we drove out into the deep bush to try to localize an impressive Sasquatch structure built out of big logs that I had seen in that area three years ago.

We wandered through the maze of logging roads without being able to find the place we were looking for, but we were met by a nice surprise when finding an arrangement of small structures. There was a larger tree curved in an arch and two others bend likewise. 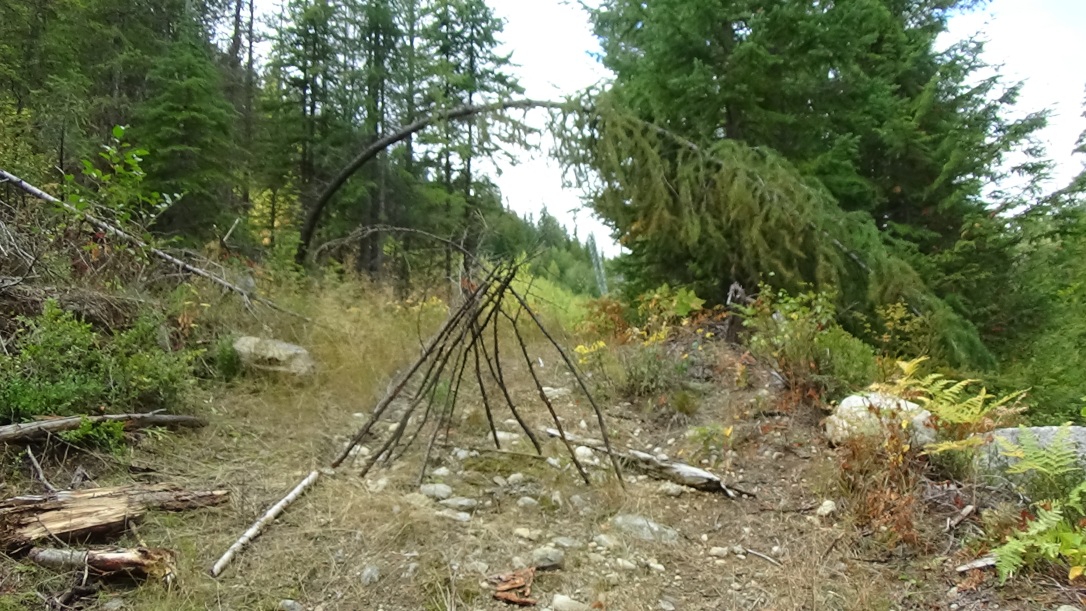 There was a bigger tipi type frame about 5 to 6 feet high made of eleven delicately arranged small pine branches without needles. Under it some stones were roughly placed in a circle, while logs were disposed in an angle around the structure. 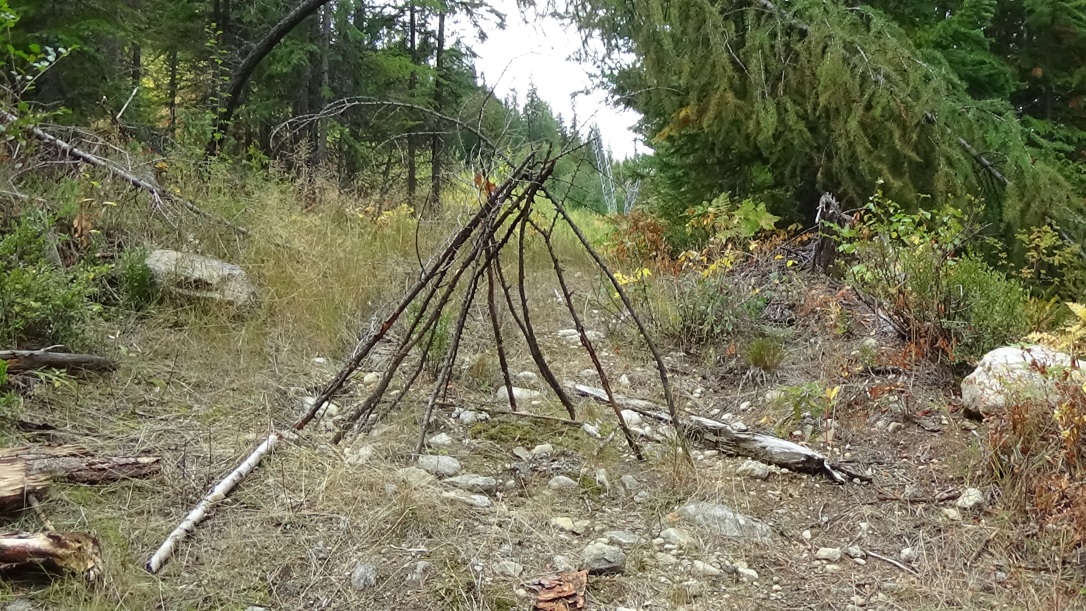 To its left was a smaller tipi type frame about four feet high, with sticks lined up sideways on top and some leaves and grass in a tuft on its top. 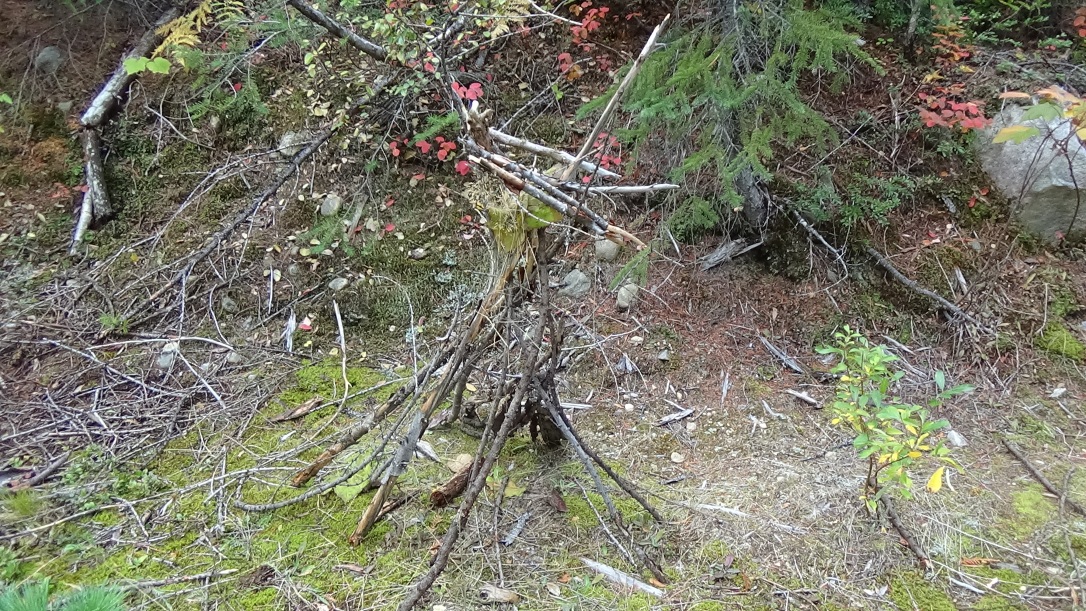 Next to it was a smaller leprauchaun size lean to type of structure with like a little roof made of parallel sticks and thick handfuls of green moss covering it.

Next to it was a glyph which took a second loser look to notice. It seemed like it wrote ‘IX’ by its shape. The stick making the ‘I’ was covered by two little tuft of moss, while the two sticks making the ‘X’ sat on a circle of little pieces of moss laid on top of the moss carpet. 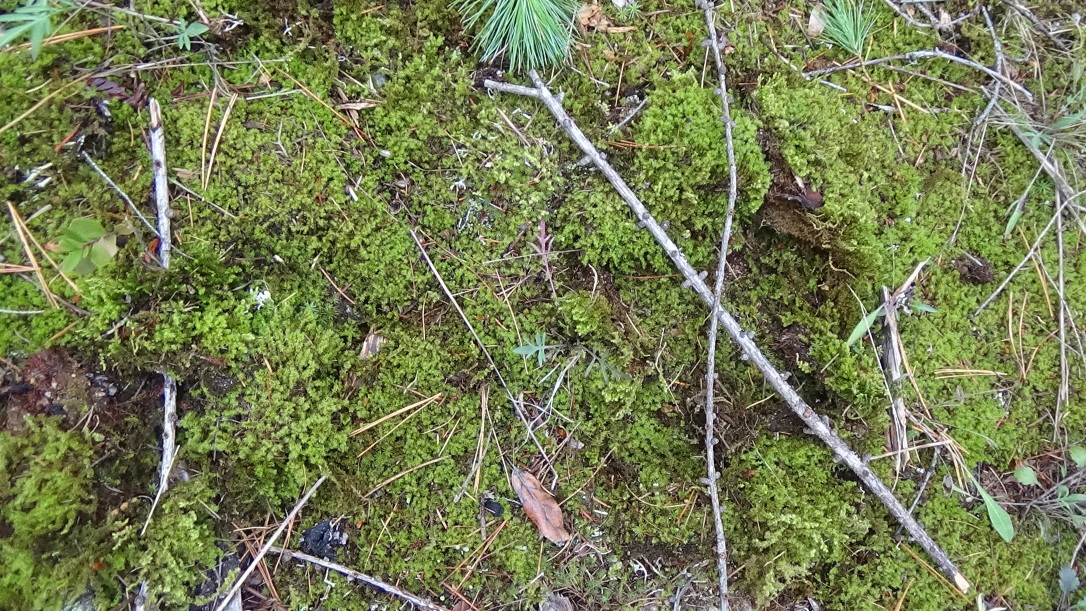 There were some faint large footprints, but the mossy or rocky grounds did not provide very clear examples. I often feel more than I see their footprints, as other manifestations. 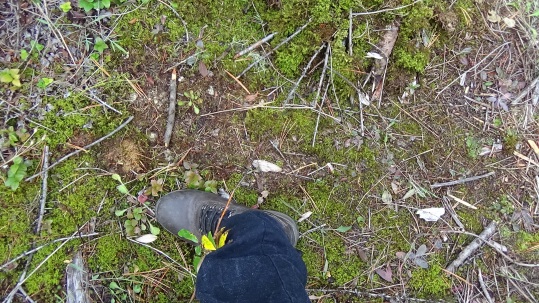 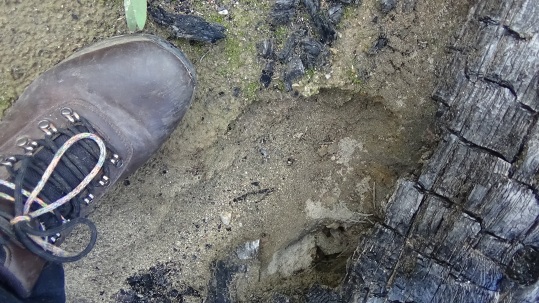 But what was probably the most amazing discovery was the altar in front of the larger frame. There was little stones lined up to mark the spot and pieces of thick pine bark laid out that had to have been brought there as there were no trees around with this kind of bark. The pieces of bark were used as plates and contained collections of several types of leaves, twigs and flowers nicely arranged with much care, attention, intention and intricacy. Some wood chips piled up in one corner completed the collection of offerings.

The way these offerings and structures were made denoted a deep sense of sacredness and intelligence, a veritable expression of art, creativity, aesthetics, sensibility, language and meaning, all the criteria that define a culture and a spiritually evolved people. 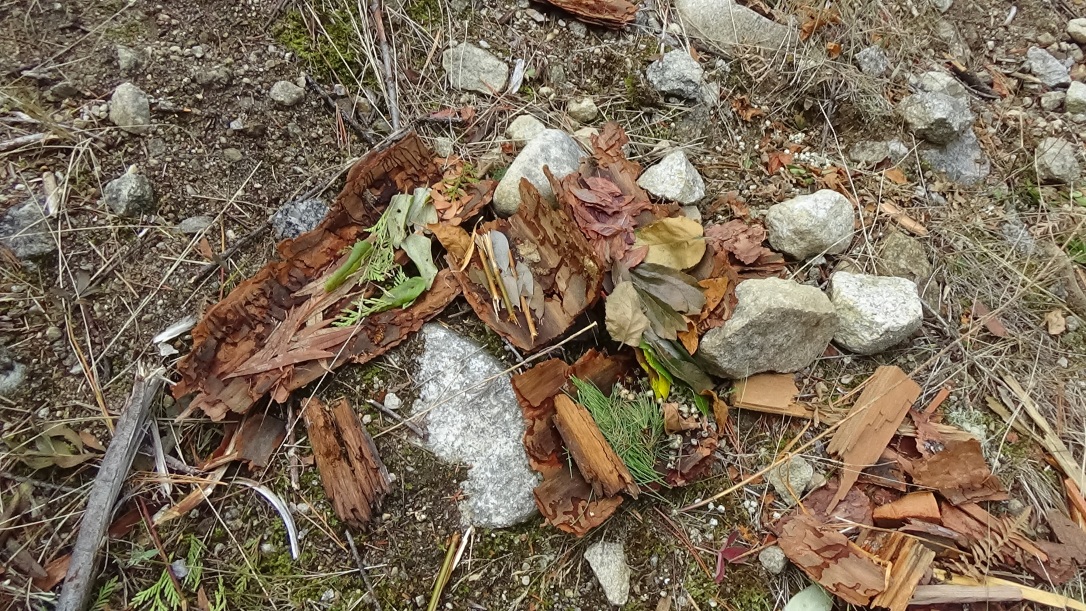 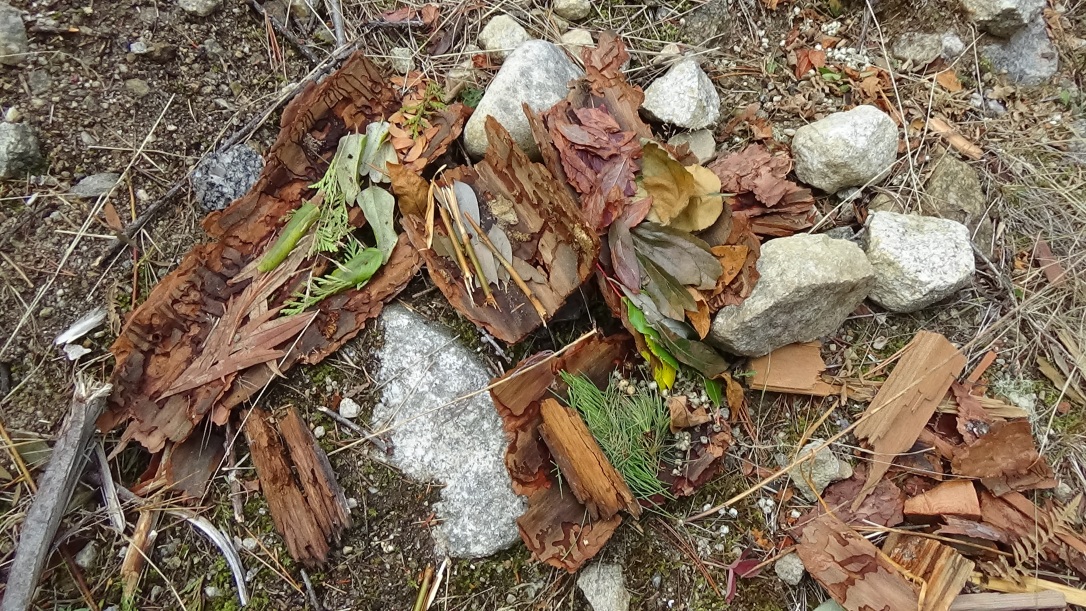 A little further down the road we saw these two trees about 30 feet apart, that were both broken and bend at a sharp angle about nine feet from the ground.

There were more beauty and signs along the trip that I could detail in this account. 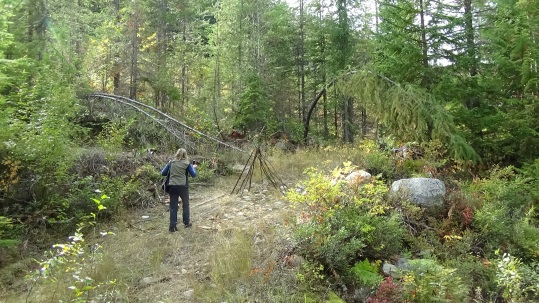 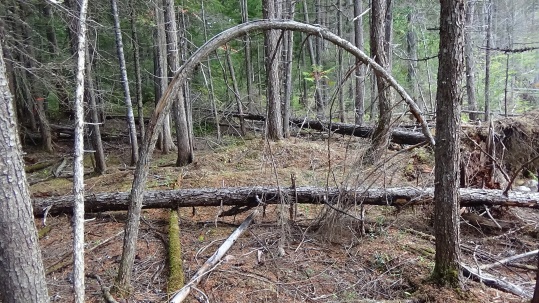 On the other hand, we ended up in some clear cuts where the ravages and devastation of the modern human uncivilization leaves sad traces and a message of different intention. 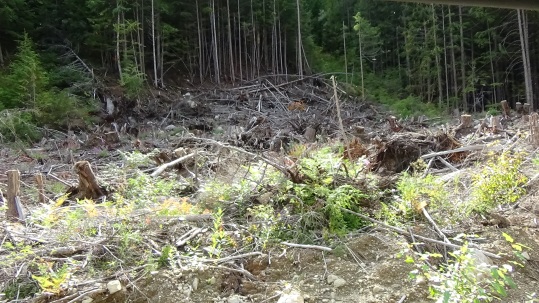 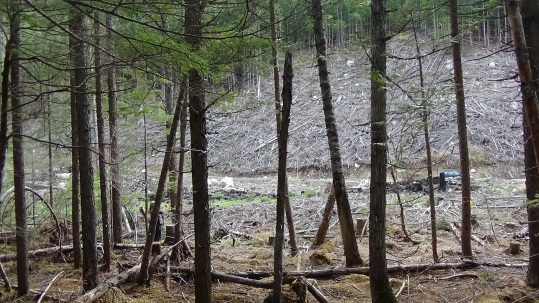 We can ask ourselves for a moment which one between the Human culture and the Sasquatch culture is the most intelligent, sensible and advanced, or the most brutish.