By SunBôw
Solstice special. The local White Sasquatch Elder known as Limptbataook, whom I channeled in Book 3 of the Sasquatch Message to Humanity, showed us his face today for the first time. We all saw it clearly on the mountain (photos), including three of us who channel Sasquatch. Also known as the Hermit and Traveler, he has a long story of interactions with Humans, especially in this valley since the ancient days of Sinixt tribe.
But since he has spoken to Humanity through the Message I channeled, he has contacted and communicated with over half a dozen channels that I am aware of by now. This face on the mountain on solstice for our full moon sweat lodge ceremony has never been seen before by Jules, who has been living here 25 years, and fresh falling snow and fog tonight have already started to make it vanish. It was a perfect timing, as two days earlier a friend told me Limptbataook told him he is the one who gave us an elk, so just the night before his face appeared on the mountain, I was thanking him for dropping a freshly killed young elk with a twisted neck almost on our doorstep a moon ago, which is now in our freezer….
Lim Limpt Limptbataook… 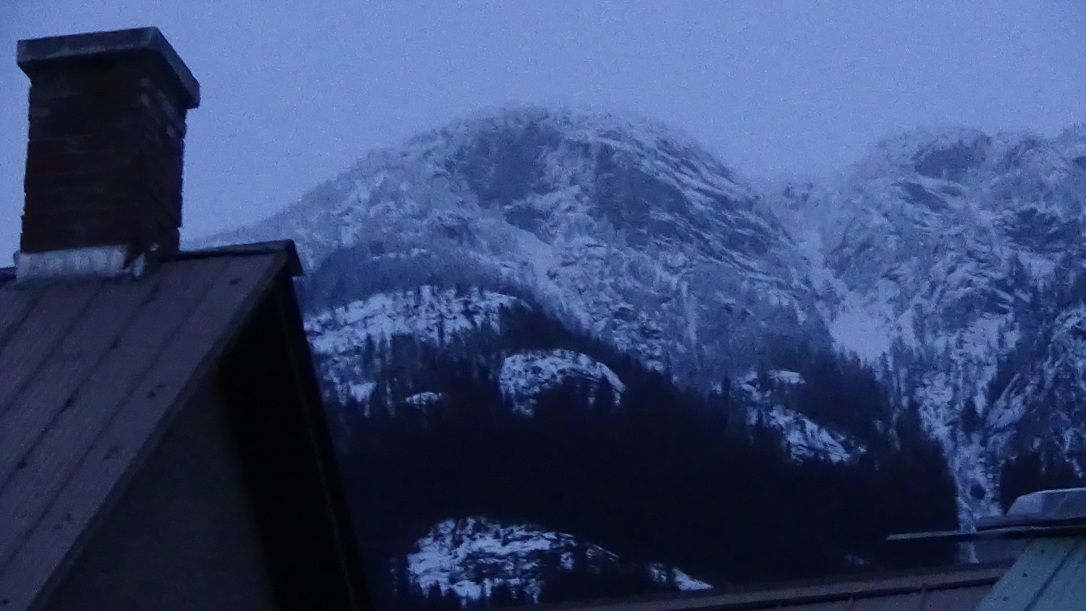 4 thoughts on “The White Elder shows his face”