HOPI KNOWLEDGE. Note: I wrote this series of articles in 2010 and since they were re-shared recently, I’m publishing here a revised, corrected and updated version. I learned more about the relation the Hopi have with Sasquatch during my last three-month stay there two years ago, when I was invited to talk about Sasquatch in a couple of Hopi groups, as described in a previous POST. They associate Sasquatch with Maassaw the Earth Keeper, a giant whom they first called Woqokuktaka: ”The Man Who Leaves Big Footprints”. These articles address several topics from what I learned with the Hopi. 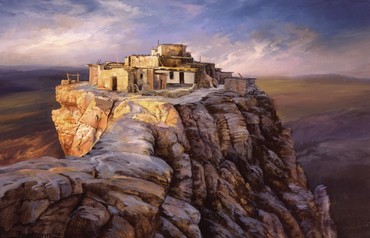 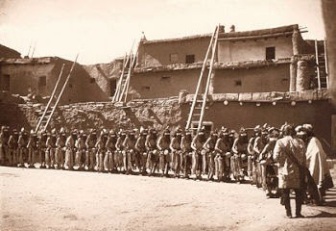 HOPI KNOWLEDGE part 1
Have you heard of ancient gigantic ruins all over the Pacific, even in some uninhabited islands, some being partly or completely submerged? Have you heard of unknown pyramids, lost cities of giants, or remains of vanished civilizations from the previous worlds in the Southwest desert or elsewhere? Did you know that in some remote ruins can be found radioactivity, as well as layers of petrified human flesh and scattered pieces of space ships? Did you know that some sophisticated artifacts have been found deep underground in mines and in very old geological deposits? Civilizations have appeared and disappeared since millions of years on our planet, and their histories have been carefully recorded. This is not mere mythology nor fairy tale: it is Hopi knowledge, backed by plenty of material evidences.
The role of the Hopi kwanitaka or priest of the One Horn Society, is to preserve the sacred knowledge about the previous three worlds that have vanished, but have left traces behind as a testimony of their existence, such as sacred sites and objects that are kept and cared for by the kwanitaka, along with the stories that have been passed on with them for ages. Note that, according to Lakota tradition, the chief who received the sacred pipe from White Buffalo Calf Woman was named Standing Hollow Horn.
The One Horn priests know about lost continents, such as I’atik and Naotsiti, the two Mother lands that sunk in the Pacific and Atlantic oceans. They describe civilizations and nations that have disappeared over the course of ages, the rise and downfall of highly developed cities and societies all over the Americas, or the vanishing of some races, like the red headed and bearded giants who had roamed the continent since ages, personified as Palatangwak katchina for the future memory. Countless uncovered burials in North America and elsewhere have revealed abnormally tall skeletons or mummies, some of which had six fingers and toes, many of which had red hair. Like most giant remains found around the globe, they have been systematically eradicated by institutions such as the Smithsonian and turned into derision as being hoaxes. But there is still enough documentation and proofs left to verify these facts. Even into historical times, explorers and early colonists reported many cases of tribes of giants.
Did you know that the Earth was once part of a Confederacy of twelve sister planets? Ancient Hopi knowledge teaches that Tiahuanaco in Bolivia, known by many as the most ancient ruin on Earth, was first destroyed eighty thousand years ago for launching a technological space conquest. This is not New Age lore: this is Hopi knowledge. The role of the priests of the Two Horn Society or alosaka is to establish contact with star people and to maintain this Confederacy alive. Of the two hundred and eighty or so different kachinam (plural of kachina) that the Hopi honor in their ceremonies, several were star people who came from different star systems to teach them their sacred ways. Their chiefs, Eototo and Aholi, came from the Pleiades.
So when we consider science and civilization as an ongoing process happening throughout the universe since aeons of ages, what is the importance of our own human life, so short and so small on this scale? This knowledge teaches us to remain humble, that we are only but a tiny little part of this whole reality and that there is a larger Plan, a direction, an evolution, a purpose to all of it, as it is Creator’s will. But we were gifted with free will and many times already over the course of history, human societies have brought destruction upon themselves and their environment, for not living in accordance with the Plan of Creation, which is to simply live and Peace and in a sacred way. The whole world was previously destroyed three times for this reason, and those purifications were to give us another chance for a new start. The Hopi have kept in memory their evolution over these three previous worlds, to remember the lessons learnt.
Oswald White Bear Fredericks, the main source for the now famous Book of the Hopi, was a great world wide known spiritual master. He had in his front yard a collection of ancient pieces of space crafts and advised me to watch for some as I would go through certain places. He told me he was the last one representing the Hopi in the Confederacy of planets and still willingly going to fly with the space brothers in their vessels, when they landed on top of Prophecy Rock behind his isolated house. His work was to gather and copy all petroglyphs and pictographs of the America, to explain them with Hopi knowledge. He showed me one drawing on which we could see a human being with the four superior chakras shown and asked me what was the part of ourselves that connects us with the Creator. To the best of my knowledge, I answered: ”The crown chakra, the kopavi (Hopi word for: ”the door at the top of the head”).” He replied: ”When the Dalai Lama was sitting in that same chair, he replied exactly the same thing. You are true people from the origin.” White Bear always greeted me with the nakwatch, the Hopi hand shake, as a sign of true brotherhood. Such a teacher can never be replaced. Lolamai… 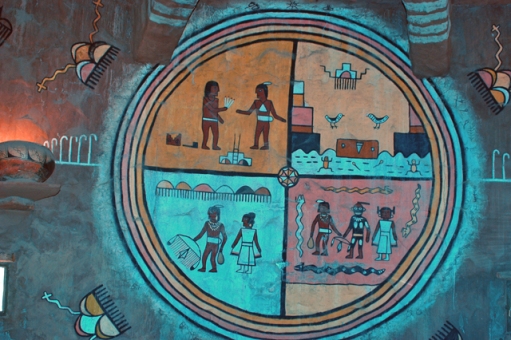 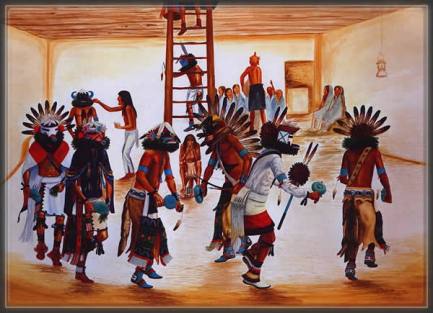 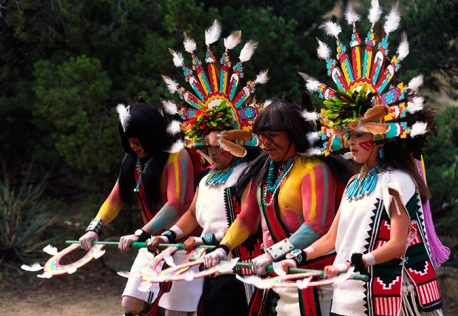 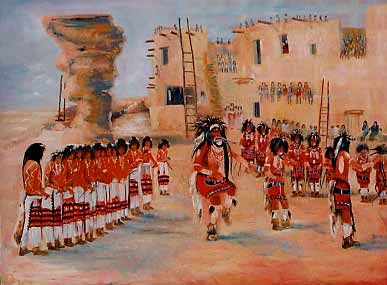 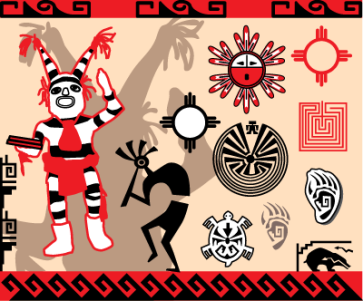 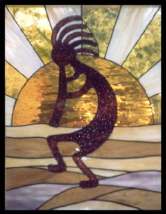 6 thoughts on “HOPI KNOWLEDGE, by SunBôw”