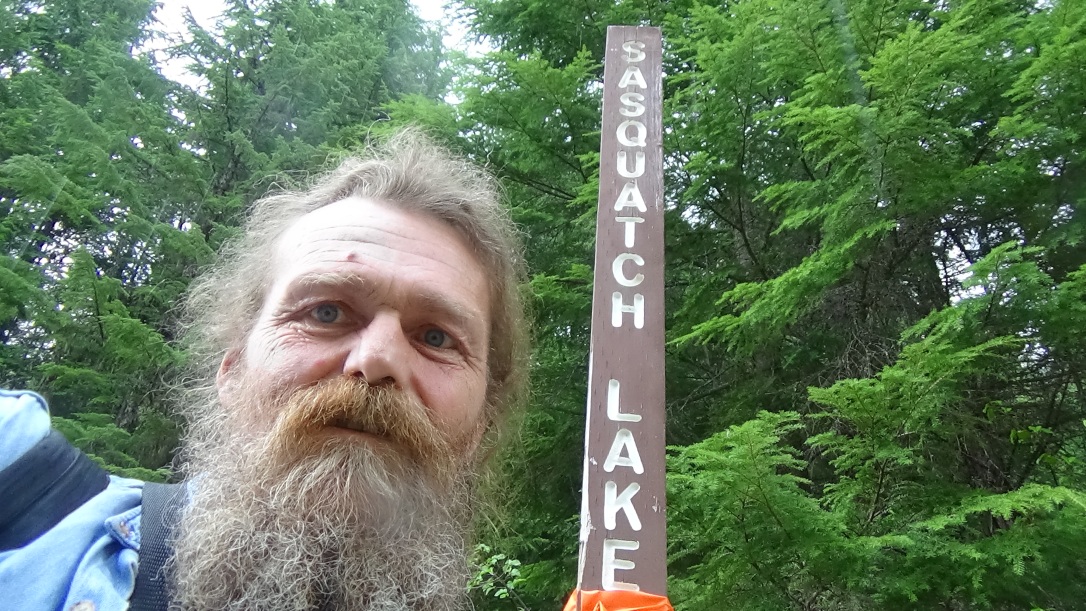 A star ship landed for 3 nights in a row on the mountain we face; on the last night, Jules my host and Susan who was visiting from the US observed it with me, on Wednesday.

The next day we went to Sasquatch Lake, the largest of the Six Mile Lakes, which lay at the foot of the Kokanee Range. The lake got its name in 1960, when hunting parties were organized to find and capture some Sasquatch after sightings in the area and used this small lake as a base camp. The hunt was unsuccessful and the hunters returned without any trophy, other than some stories, sometimes scary, that no one would believe. 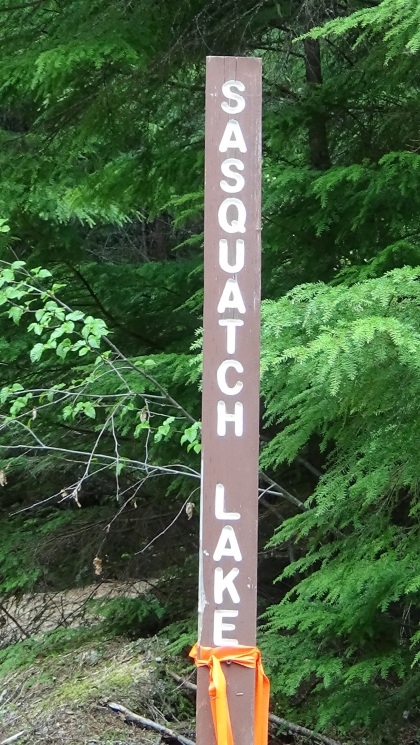 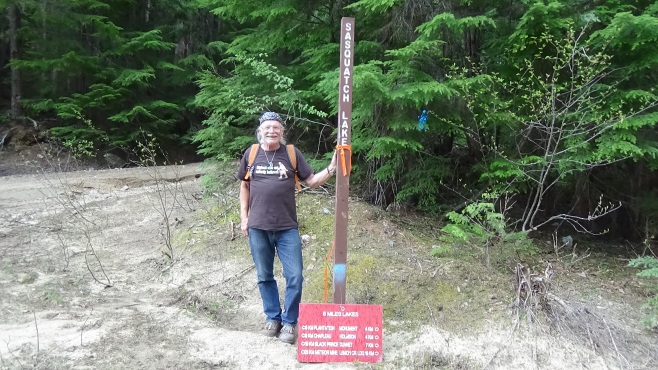 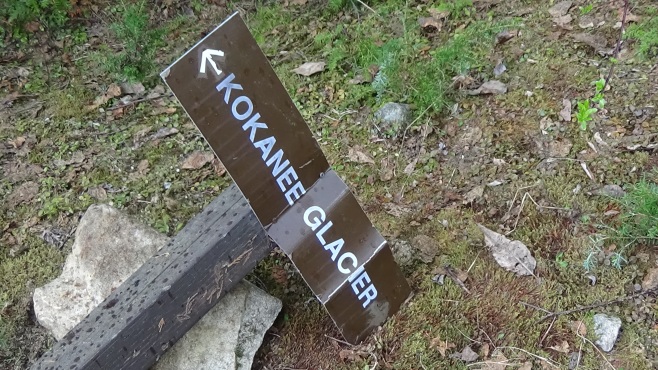 Among the hunting party were the founders of Colombia Brewers, which adopted the image of a Sasquatch as their mascot, for their Kokanee beer. A well local white Sasquatch Elder and clan leader from whom I channeled a chapter in Book 3 of The Sasquatch Message to Humanity shared the details of this story and his point of view. 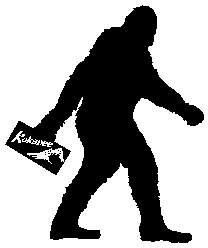 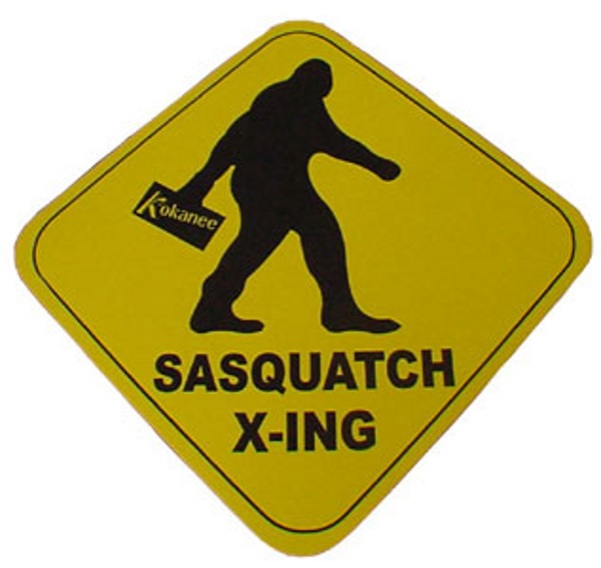 On the way we picked Ron, a Mohawk Warrior whom I had met before, and he took us into an abandoned mine, one of about thirty he knows in the surroundings. 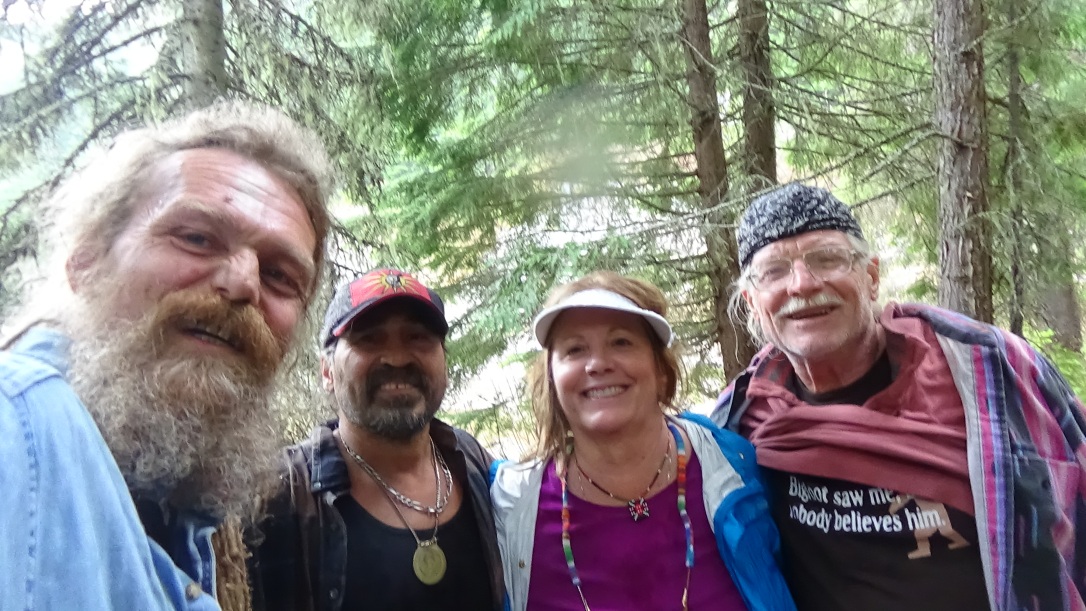 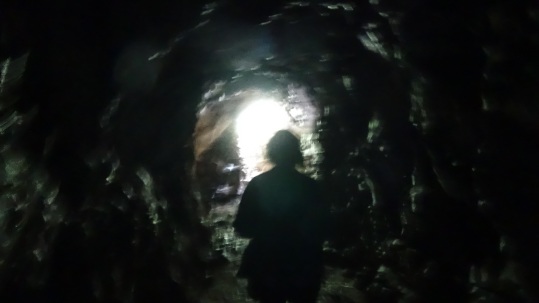 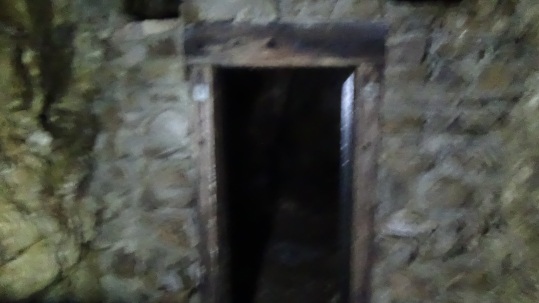 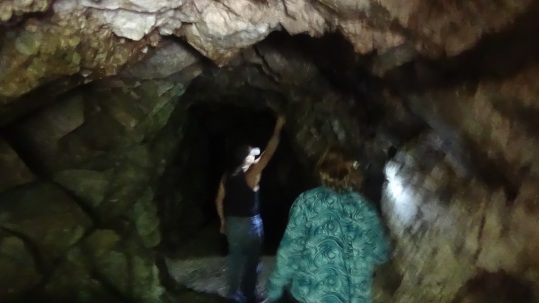 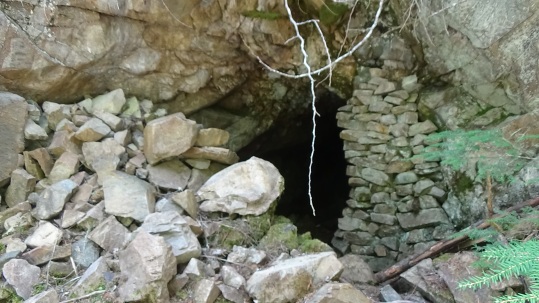 When we arrived at Sasquatch Lake, a young couple was camped there with their to dogs, one of which looked like a coyote and was named Kokanee, like the mountains. 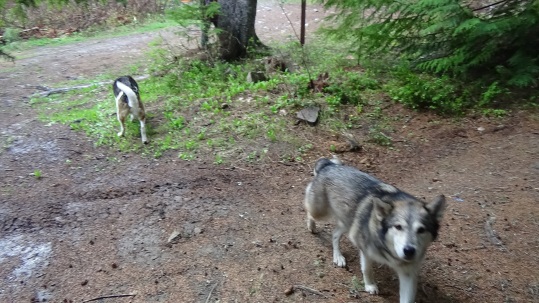 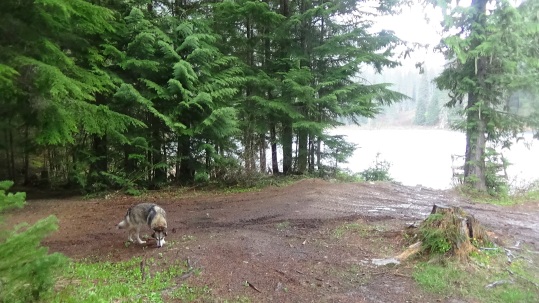 It is a nice pretty remote little lake. There were ducks and traces of beaver and elk activity, but nothing out of the ordinary caught our attention.

I found two or three barefoot prints about 13 inches long by the water, but quite faint and not well visible. 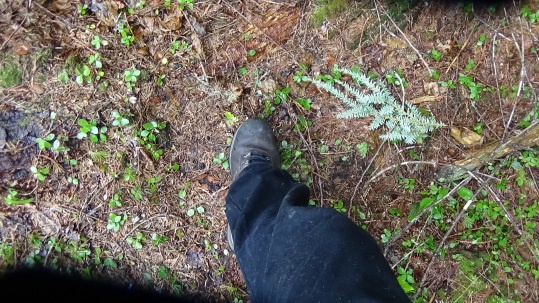 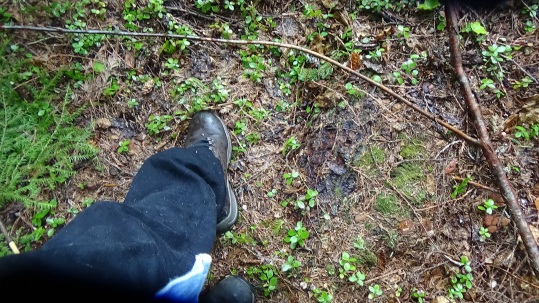 We had some rain and sunshine returned. We left some gift for our Hairy Forest friends and apologized for the mistakes of the past and harm done to them by our Human peers. 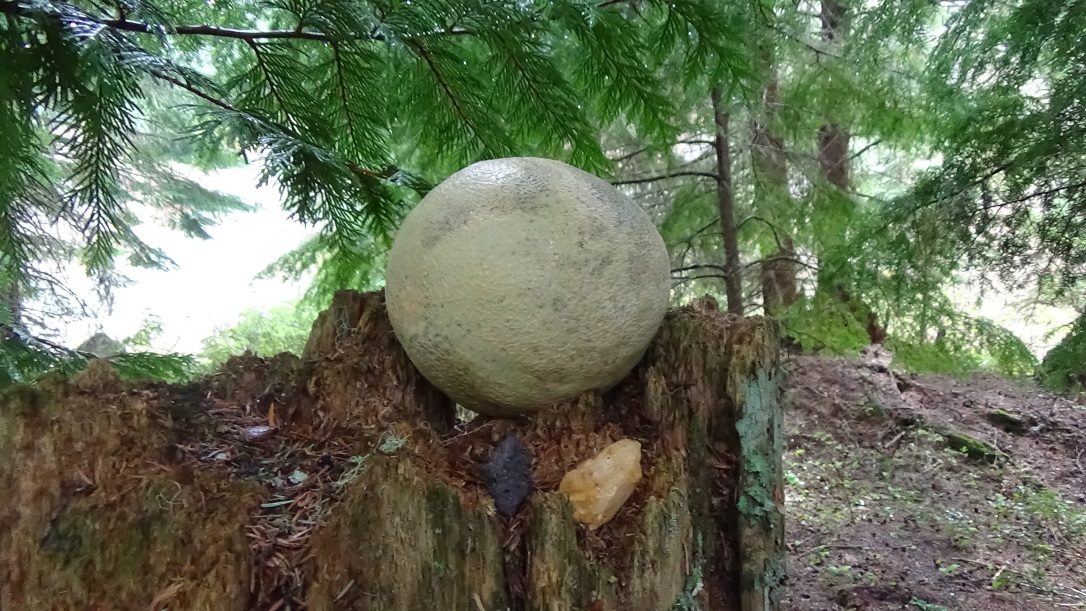 It was a quick reconnaissance trip without much time to explore deeper this vast wilderness, as we continued on our way to the hot springs in Nakusp that day. 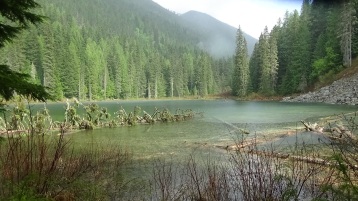 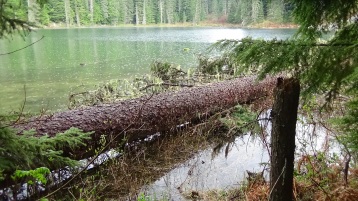 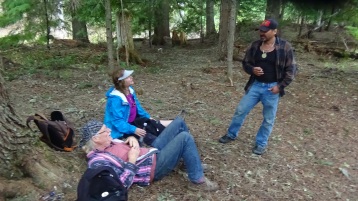 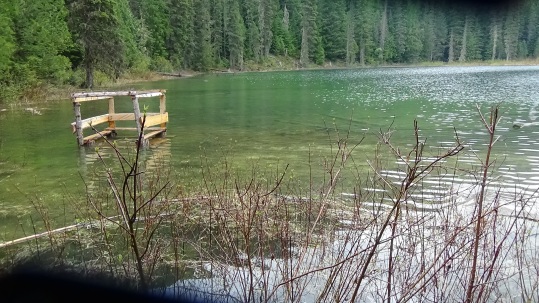 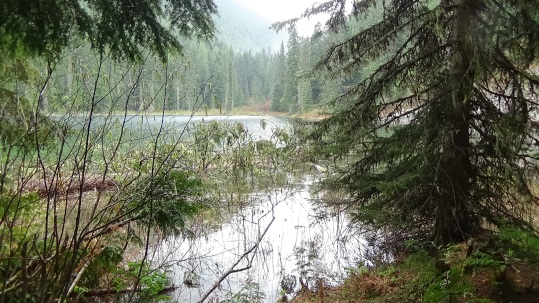 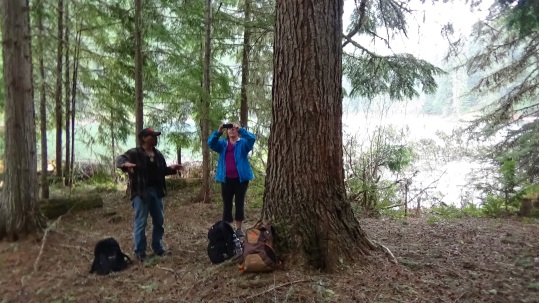 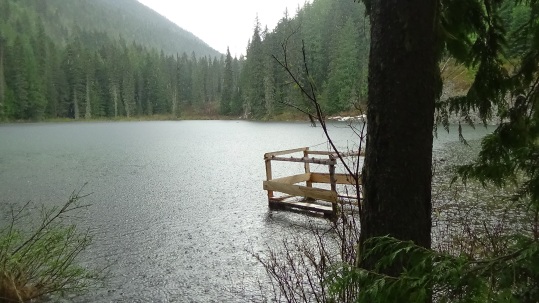 This morning a sister who lives near Sasquatch Lake visited after reading my post on SCENIC about the star ship, as they have been observing some in their area as well.

It’s been a busy intense week, with three sweat lodges and other ceremonies in support of four young sundancers who are vision questing for four days on the mountain.

Then next week, I will work on putting up my Sasquatch teepee that just arrived here. We plan on starting soon circles about interspecies communication with a growing number of interested people and experiencers we meet in the local community. 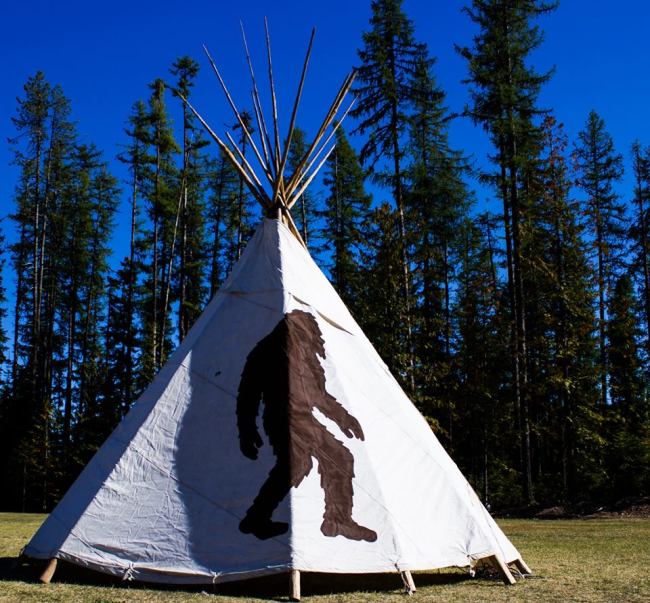 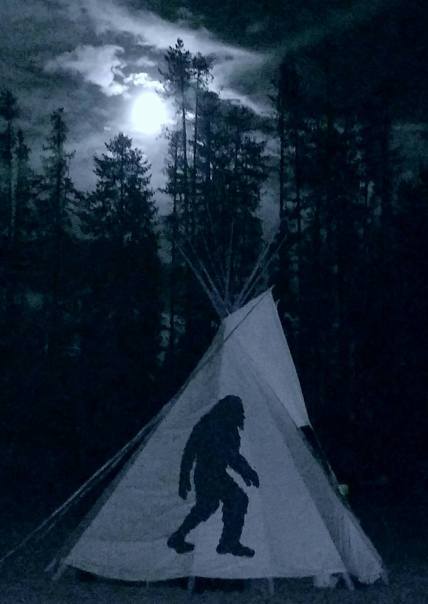 Stay in tune. We will keep you updated. Best blessings to all our Cosmic Family… 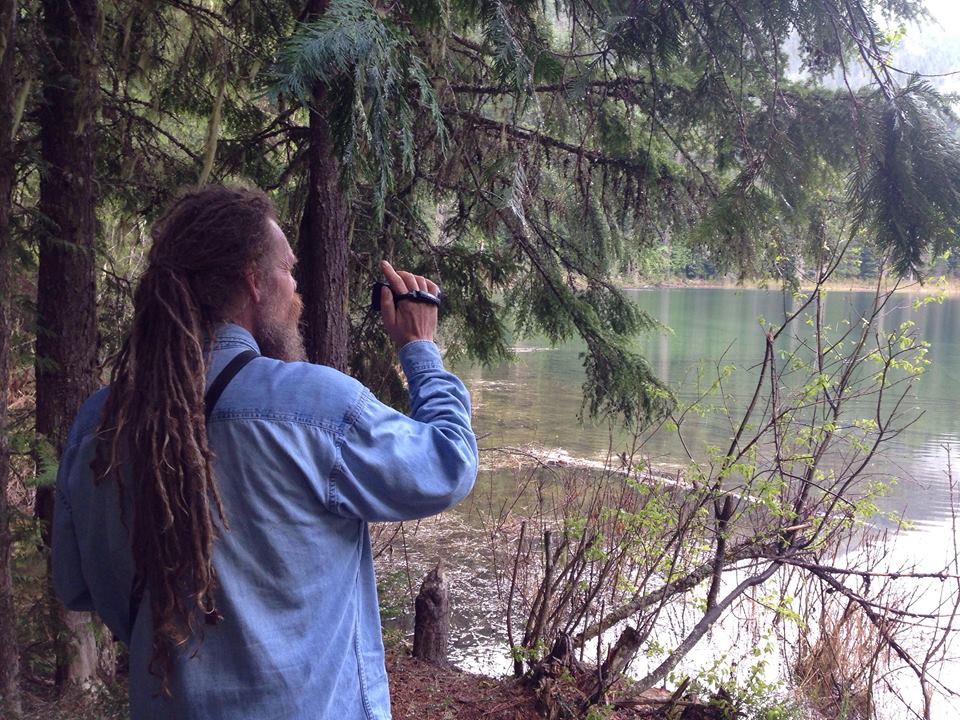